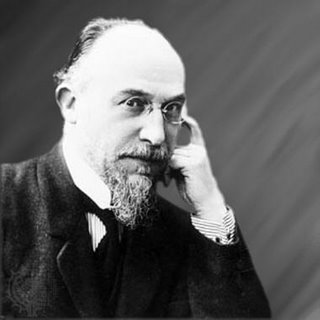 Erik Satie’s Vexations (1893) for solo piano starts with the middle “C.” Sounds simple enough, right? But give it a minute, and then the 52-beat (104 eighth notes) piece gets downright complicated, forcing the performer to concentrate on the slow, odd phrasings for the song.

After the pianist finishes, he or she must repeat the song another 839 times for it to be played the way Satie wrote it. The entire performance can take between 16-36 hours, so as you can imagine, it’s not played very often.

However, from dawn to dawn last Wednesday and Thursday (July 29-30) at CalArts, three faculty members and eight high school students from the visiting InnerSpark program—California State Summer School for the Arts (CSSSA)—played all 840 repetitions, taking hour-long, seamless shifts. InnerSpark, a four-week intensive program for more than 500 select high school students, focuses on music, theater, video and film, visual arts, dance creative writing and animation. (This summer, there are 158 students from LA County, 20 of whom are from CalArts Community Arts Partnership program, too.)

“Satie was a great humorist, a jokester,” said Gaylord Mowrey, an InnerSpark faculty member and CalArts graduate, who began the performance at 6 a.m. Wednesday. “There’s great humor in this piece,” pointing out that the notes in Vexations don’t always sound the way they’re written on the page because of the numerous accidentals in the work.

The eccentric piece is difficult to read because the numerous sharps, flats, naturals and double flats can throw the pianist off while reading. “It’s almost impossible to memorize,” said Mowrey. And he should know because he’s a pianist and composer himself who’s been coordinating and participating in the InnerSpark tradition for 15 years.

In his essay about Satie’s composition, Stephen Whittington captures its essence best: “In a poetic sense, Vexations never finishes—the 840 repetitions are themselves but an instant in the eternal present in which the music exists like some Platonic form, obliterating memory, eluding analysis. In the words of an ancient Indian saying, ‘The music continues; it is we who walk away.’”

Whether Satie intended to vex the pianist, the audience or both isn’t known for sure. Some may think the piece boring. Others may find it meditative or soothing. Or maddening. Below, we found a video snippet online* of one full cycle of Vexations. Take a listen–perhaps even 840 times–and then decide for yourself:

*The video is not from InnerSpark or CalArts, but LMU.