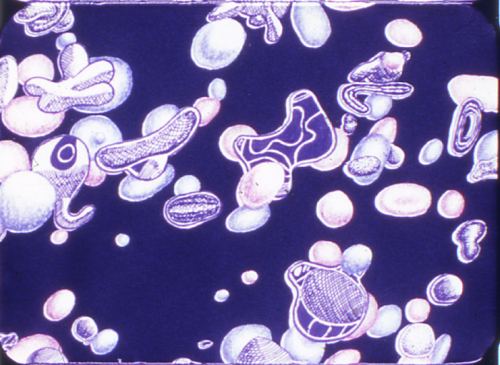 The Academy of Motion Picture Arts and Sciences salutes the films of Adam Beckett (BFA Film/Video 73), at a special screening in Hollywood on Aug. 17. An animator and visual effects artist whose work often blended art and special effects, Beckett was one of the earlier students in founding director Jules Engel’s emerging Experimental Animation Program at CalArts.

Hosted by visual effects artist Richard Winn Taylor and Beckett biographer Pamela Turner, “Infinite Animation: The Work of Adam Beckett” will including a screening of several of his short films, many made while he was still at CalArts.

The program’s selected films have been recently restored by the iotaCenter and the Academy Film Archive: Dear Janice (1972), Heavy-Light (1973), Evolution of the Red Star (1973), Flesh Flows (1974), Sausage City (1974) and Kitsch in Synch (1975). (He opened his own studio, Infinite Animation, in 1975, while pursuing his MFA and teaching at the Institute.)  The evening will also include a feature a screening of one of Beckett’s last films, Life in the Atom, which remained unfinished at his untimely death in 1979 at age 29.

While he was most noted for his experimental art films, Beckett also had a short but lasting impact on commercial films as well. He served as an animation and rotoscope designer for the George Lucas classic Star Wars in 1977 and as an animator on Piranha in 1978.

Dennis “Sky” David Pies, a fellow CalArts alum and owner of Sky-David Studios in San Diego County, recalls his former classmate in more personal way. “Adam was the first person that I met at CalArts when starting my MFA in animation there in 1972,” he says. “He showed me what to do so that when the semester started and Jules (Engel) came in, I was all set up and working like I knew what I was doing.

“The Motion Picture Academy has honored a serious great in film with this screening.”