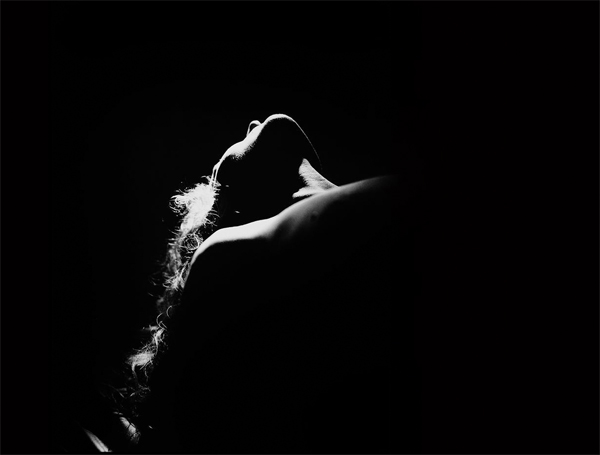 The film Stephanie’s Image is making the festival rounds this year, garnering three nominations at the Milan International Film Festival in May. Written by former CalArts student JP Allen, the film stars Melissa Leo as a murdered former model, whose death is investigated by a documentary filmmaker, played by Janis DeLucia Allen, who marks her directorial debut with Stephanie’s Image.

24700 interviewed JP Allen about the film, which is scheduled for a March 2010 release by Vanguard Cinema, and his time at CalArts.

24700: How did you arrive at the premise for Stephanie’s Image? What were the themes you were trying to explore?

JPA: The thematic premise, an examination of a person’s image compared to the truth of their real personality, comes from my work as an independent film director.  In films and society, image so often overshadows truth.

[Themes include:] How our self-image, and the image others have of us, compares with the truth of who we are;  also, how society’s expectations about our image profoundly affect us. I’ve seen this often in friends that are actors and/or models, and so I was drawn into the topic. But I think this challenges everyone.  ‘Who are you really?’  It’s a difficult question to answer.  Every description we give of ourselves seems to evaporate.

The plot premise, the investigation of a former model’s death, comes from a vaguely similar incident in my own life.

24700: Is there a specific genre that you would label Stephanie’s Image?

JPA: It’s a drama in the form of a documentary.  Like a lot of independent film, it’s difficult to categorize because, we hope, it has depth and subtlety.

24700: I read that your productions are often rehearsed on stage first? That’s a lot different than a table read. Does it help you/the director pace out scenes?

JPA: My wife, Janis DeLucia Allen, directed this film.  Melissa Leo plays the title role.  I wrote, produced and also play a leading role.  Yes, we usually rehearse extensively, sometimes on stage, and Janis likes that process too.  Our films tend to be dialogue-focused so there’s a specific shape to the scenes that has to be found.  Our experience shows that in-depth rehearsal almost always improves a film.  On the other hand, some film actors, like Melissa, definitely prefer rehearsals to be limited.  She gives a great performance in the film and so she obviously understands her own process.  We’re open to anything that works. 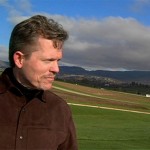 24700: You’ve had a lot of exposure this year with the festival route? What has been your experience?

JPA: Festivals are now extremely diverse and competitive.  I appreciate festivals of all kinds because they provide one of the few forums for truly independent film.  Schools like CalArts are another important forum.  Sure, the Internet provides easy access to films but I think the Internet is a kind of illusion.  Nothing can replace watching a film with a group of people and sharing the experience.

24700: Can you tell us a little bit about Coffee and Language Productions? Specifically, why go the indie route? Where did the name come from? Who did you start the company with?

JPA: The only way to have complete control of your art is to be independent.  I have nothing against working within a commercial system, and sometimes do, but I simply want to create in my own way without limitation.

Coffee and Language is the name of our first feature and then became the name of our company.  The film is about two writers who fall in love.  I usually write at a coffeehouse in San Francisco and the film was based on some characters I knew there.  Since C AND L, we’ve made four more features and a number of shorts.  All have been written with the help of coffee.

JPA: We just finished a new feature film called Sex and Imagining. We’re starting to send it out now.

JPA: I love CalArts. I studied in the Theater School under Libby Appel and recently made a documentary about her called Meeting with Chekhov. I worked with Lou Florimonte on screenwriting – I think the world of him.  I worked with Fran Bennett, Sherry Tchernisch and Robert Benedetti on acting.  All were provocative teachers and artists.  I constantly went to see films, music, art and dance, met and got to know other artists.  What could be better?  Art comes of art.

Stephanie’s Image is currently playing this week (Aug. 12-16) at the Washougal (Washington) International Film Festival; it screens next month (Sept. 21-27) at the 2009 Charlotte Film Festival.