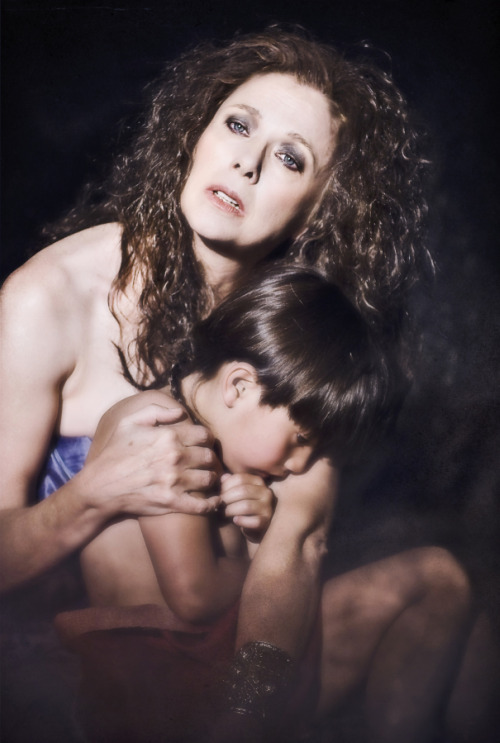 The woman scorned is a leitmotif in literature—and later this month Annette Bening takes to the stage to star as the titular figure at the heart of Euripides’ Greek tragedy. Lenka Udovicki, known for her opera and theater works throughout Europe, directs this new interpretation of the classic story about the passionate and destructive affair between the mortal Greek hero Jason and Medea.

The first-ever original production created by UCLA Live incorporates classical elements, such as a 12-woman chorus and on-stage musicians, into this stylized modern staging. Medea begins its month-long run with previews on Sept. 18 at UCLA’s Freud Playhouse. “It also marks a great collaborative effort between CalArts and UCLA Live,” says Marissa Chibas, head of the Institute’s MFA Program in Acting and Director of Teatro CalArts. “About 45 percent of the hired team is from CalArts.”

Chibas notes that Udovicki herself served as guest faculty at CalArts and as a guest director for a theater school production of Hamlet and in 2007. She returned to campus last spring to teach a two-week workshop (with Bening teaching a couple sessions as well) and cast eight of the actors in the chorus under Equity contracts. Other CalArtians involved include alumni (Associate Producer Dan Friedman, Assistant Director Maureen Huskey) and faculty members (Mary Lou Rosato as the Nurse and Lap-Chi Chu as the production’s lighting designer).

“This is a wonderful vote of confidence from UCLA Live,” says Chibas. “There was a lot of connection between Medea and CalArts. It was a perfect combination.”