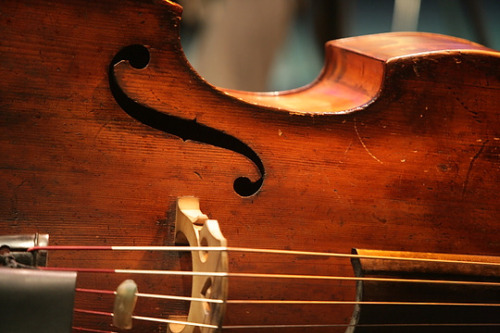 The Second International Conference on Minimalist Music is taking place now through Sunday at the University of Missouri-Kansas City. Presenting a paper on “Phasing and Form” is composer Ryan Tanaka (Music MFA 07), who says that the distinctly American genre, prominently represented by the music of Philip Glass and Steve Reich (among others), is “characterized by its use of repetition and rhythmic drives.”

Although the movement wasn’t widely accepted at first, early minimalists are now credited for helping facilitate interest in classical composers and the attempts to combine ideas from popular and world music into the classical canon. Pop and rock bands—like the Velvet Underground, Pink Floyd, Calexico—can also claim influence by early minimalist composers.

The Kansas City conference is primarily for music scholars, Tanaka among them, who describes his research as a music theory paper that addresses the musical “phasing” processes. He explains, “If you take two identical loops and play them at the same time, then gradually speed one of them up, they gradually begin to get off from each other and begin to ‘phase.’ When that happens it starts producing new harmonies and sub-rhythms that you otherwise wouldn’t hear.”

“I got pretty obsessed with it and basically this paper is an analytical result of that obsession.”

Here’s Tanaka’s trio (A-Tribute Ensemble) putting the paper’s theory to practice in the piece “Phasing Out”:

For more information on the conference, the presentations and the performances, please visit the Second International Conference official site.