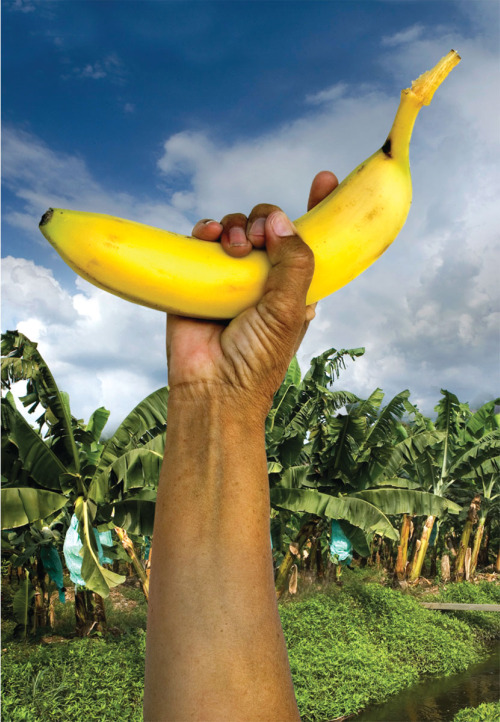 Koeppel’s book, The Fate of the Fruit that Changed the World, discusses the controversial and often sinister history of the fruit, and how it played a major role in shaping the politics of Central and South America. From Koeppel’s own blog:

I’ll be talking about the Cavendish banana – our supermarket breed – and why it is an economic, political, and culinary dead end – organic, fair trade, or conventional. I’ll be offering a picture of what a future banana – one that helps correct a century of social and environmental justice – might look like.

The salon is part of Fallen Fruit’s United Fruit installation at LACE, which exhibits a new body of work developed during the collective’s residency in Columbia, South America, and includes photographs and videos that explore the social, political and pop history of the banana.

Fallen Fruit began as an art project to map the public fruit in Los Angeles neighborhoods, but it has grown into a collective that investigates urban space, ideas of neighborhood and socio-economic conditions—with fruit as the lens.