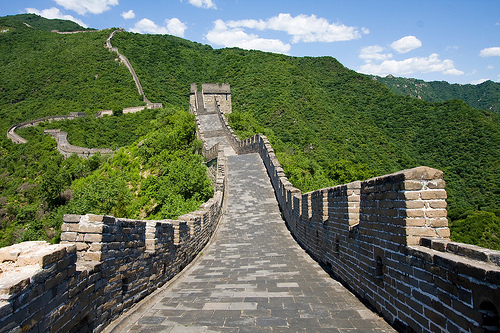 Alice Tuan blogs about her travels to a conference in Beijing. / Photo by storyvillegirl via CC-flickr.

In late September, Alice Tuan, head of the Writing for Performance program at CalArts traveled to Beijing, China, for the Decoding American Culture in a Global Context conference. 24700 asked Tuan to drop us a line and let us know how the conference and her adventures in China were going. Last week, she wrote about Tiananmen Square, and this week, she blogs about the reasons behind the change in conference venue:

The International American Studies Association (IASA) conference is hosted by Beijing Foreign Studies University (BFSU) and was supposed to be held on its campus.  Over the summer, it is announced to the international participants that it will be held in a conference center compound an hour south of Beijing, in Daxin, which I learn from the Chinese ‘congressman’ sitting next to me on the LA-to-Beijing flight that Daxin is known for its watermelons.

The reason for the move is that the students of BFSU would be freaked out by a foreign presence that may be bringing H (one) N (one) Swine Flue virus to their campus.  A quarter of the international participants duck out. They don’t want to be trapped for a weekend in a Beijing suburb, or it ended up being too far, or the financial situation did not allocate budget, or…or…or.

Besides getting our temperatures taken every morning with this beeping thing they put to our forehead, and being confined to an extremely comfortable and modern facility, it turns out the conversations were stimulating because so many of the participants could not escape to Tiananmen or the Summer Palace or the Great Wall or shopping, or the 600-year-old Beijing Duck house from the Ming dynasty.