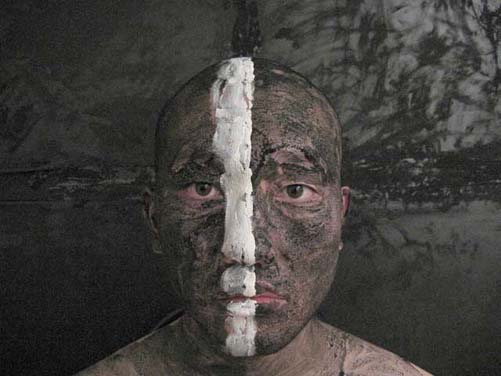 Chinese animator and gallery installation artist Sun Xun, born in Fuxin Liaoning Province, China, in 1980, is making a name for himself within the genres of experimental animation as well as the fine art world. To create his meticulous animations, Sun Xun uses traditional calligraphy techniques to produce drawings on canvas, silk and printed material; these are then hand-copied frame-by-frame to create flickering effects and complex, multilayered textures.

In a 2008 Artforum interview, Sun explains his interest in the interdisciplinary arts:

I established my own animation studio in 2006, but I don’t think animation needs to be my only medium. In my opinion, all things can be related to animation—it can connect to any other tool or genre. Animation is not in itself an important thing; in a way, it’s like history—it shows only the most external thing. In actuality, animation is always incomplete. Only by striving to break through other limitations in other media can I reach the most precious aspects of animation. I will try anything so long as I think it will yield interesting art. But I also think art is not the only culminating purpose; it is not an end in itself. Rather, it illuminates our history—not only the history of China but also the history of the world. There is culture behind art. So the artist plays an important role but will never play the primary role.

Sun Xun will present a selection of his short films at REDCAT tonight, which range from a witty experiment in body art to the creation of an expansive imagistic world that evokes China’s voyage into modernity.

A few films on the program (with descriptions from the artist) include:

Additionally, Sun will present slides on his installation work and screen additional shorts tomorrow (Oct. 20) from 7 to 10 pm at CalArts Bijou Theatre.