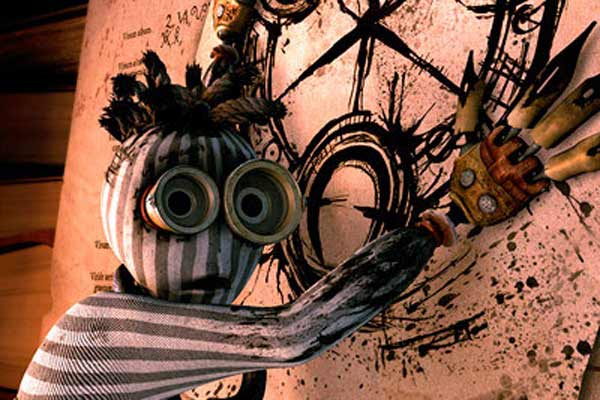 Animator Joe Ksander has worked on a number of acclaimed feature films like Night at the Museum (2006) (animation supervisor); The Chronicles of Narnia: The Lion, the Witch and the Wardrobe (2005) (animation lead: Rhythm & Hues); and this summer’s 9, a post-apocalyptic feature directed by Shane Acker and produced by CalArts alumnus Tim Burton (Film/Video BFA 79).

24700 conducted a quick e-mail interview with Ksander last week before he and Acker took part in a visiting artists’ lecture on Friday night at CalArts.

24700: What’s the genesis of your interest in animation?
JK: I got interested in animation growing up watching certain kinds of Ray Harryhausen monster movies–movies like the 7th Voyage of Sinbad, Jason and the Argonauts, Clash of the Titans. When I saw the two- and four-legged walking tanks in The Empire Strikes Back and realized that the techniques used to make them move were the same thing that Harryhausen was doing, I knew what I wanted to do for a living.

24700: What artists/animators inspire you? What draws you to their work?
JK: As far as artists I find inspiring, it’s hard to name a few, and I find my list changing day-to-day depending on what I’m working on. I’ve already mentioned Ray Harryhausen. Phil Tippett is another of the great creature guys. What I like about both of these guys, is that they are filmmakers first–their medium happens to be animation, but they are constantly looking at the whole film, and it pushes their work into an amazing place. For the same reason, I’m a huge fan of Steven Soderbergh. You can tell how much work that guy puts into every one of his projects. There is so much thoughtfulness in every frame–he never relies on tricks that he’s learned previously–he approaches every film as new problem that needs new solutions.

I find Chris Sanders’ weird individualism very refreshing and unusual in modern animation. I keep going back to Rod Serling and Richard Matheson–The Twilight Zone is such a great example of economic storytelling. That makes me think of Isaac Asimov and Arther C. Clarke and Ray Bradbury and the sheer power of their ideas. I also like James Cameron’s ability to evoke the feel of classic science-fiction and still tell an emotional character-based story. I think you can tell that I’m on a sci-fi kick these days…

24700: You worked on pretty big films (9, Chronicles of Narnia, Night at the Museum), what was your most challenging project and why?
JK: 9 was certainly the most challenging. It was a very personal project that I cared a lot about– I couldn’t NOT work on it. And the FX budgets alone of the bigger Hollywood movies I’ve done are more than the entire film’s budget on 9. So every frame on that film was a hard-won battle. We were usually laying the track as the train was speeding, but we got it into the station. 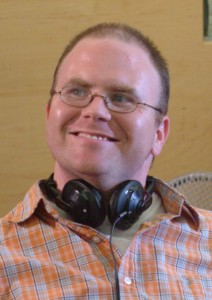 24700: What’s the worst piece of career advice you’ve ever received?
JK: The very worst piece of career advice is so embarrassing for the person who told it to me that I won’t repeat it here. But something I can say–I have been told–by a number of people, usually in management roles–that I should give up on shots or ideas much sooner than I do. That’s bad advice for me, because if I was the sort of person who gave up on stuff easily, I wouldn’t be here doing this job today.

24700: What’s next on Joe Ksander’s project list?
JK: What’s next for Joe Ksander is that I’m directing the character animation on a big but unannounced film for Warner Bros. Also, I’m in the last few weeks of post-production on a live-action short film I shot before I went away to work on 9. It’s kind of a sci-fi college romance called Irrealis and I’ll be taking it on the festival circuit starting in January. A part of that film was actually shot on the CalArts campus!

24700 thanks Ksander for providing the great animation stills from 9 for this post.