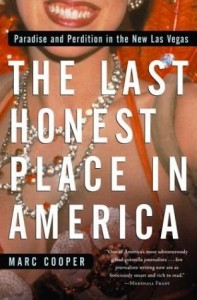 The conversation may revolve around provocative political questions such as: Is the long-spluttering model of government nearing the end of the line? Is the Golden State now the Failed State? Is broken government the new currency of globalization? Is 24-hour news in a state of low-grade nervous breakdown?

Cooper is adept at tackling these complex issues, given his more than 35-year career as a journalist. (He currently serves as a contributing editor to The Nation and as a visiting professor of journalism at the USC Annenberg School for Communication.)

In his most recent piece in The Nation, “Greetings From California: Letter From a State in Crisis,” Cooper addresses the vision vs. the reality of The Golden State, giving an in-depth, 360-degree perspective on California’s budget woes:

Here are two excerpts from the piece:

Let’s make it easy to understand. California might be suffering its worst drought in decades, but the entire Golden State is underwater. Goodbye to those timeworn, bubble-gum-colored fantasies of the Endless Summer, California Girls and gleaming, pool-pocked suburbs. Hello to a new set of descriptors: “Bankrupt.” “Ungovernable.” “California Nightmare.” “Failed State.”

You know something is radically wrong when the mere act of the governor and the legislature agreeing on a budget to close a $26 billion deficit after months of haggling is hailed in bold headlines. Or maybe you get the message when you’re a state contractor and you get an IOU instead of a paycheck and then find out the banks will no longer honor your scrip. Or you see that state unemployment rates are nudging 12 percent; that in LA County the poverty rate hovers near 20 percent; that some of the thousands of teachers who received pink slips are on hunger strike, while California schools are ranked forty-seventh in the nation; that the state college system has suspended admissions for spring 2010, raised fees 20 percent and forced its faculty to take unpaid leave two days a month; that thousands of state workers are being laid off and those who remain must take three furlough days a month for the rest of the year; that protesters in wheelchairs are blocking the halls of the Capitol; that a number of state parks are being closed; that California’s bond rating is just above junk level; that Southern California had its highest peak in personal bankruptcies last year and that so far this year they’re up 75 percent over that; and that one in four capsized mortgages in the United States is in California.

California has always been as much a state of mind as a physical reality. The state’s natural resources, along with its inhabitants’ capacity to exploit them, made The Dream more likely than not. But now it’s time to stop dreaming, says D.J. Waldie, who has the unique experience of living through this crisis as both an official of an LA suburb and a prizewinning author who plumbs the Golden State zeitgeist. “The middle class and the near middle class have been missing in action in paying for the sort of life they think California owes them,” he said. “Instead, they believe that someone else should pay for the California Dream. Smokers. Drinkers. Gamblers. Millionaires. But not me.

“We have sold ourselves a vision of California, but we are not psychologically or emotionally prepared to make the hard choices. We prefer to point our finger at ‘waste, fraud, immigrants.’ Those are all straw men. It conveniently avoids the question of what we want and what we want to give up.”

Cooper also blogs regularly on a variety of political and cultural topics his own website marccooper.com.