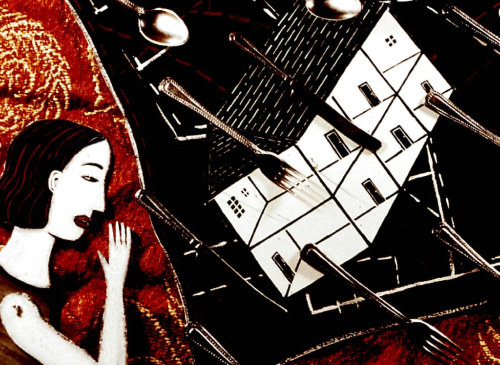 A still from Janie Geiser's The Red Book. | From janiegeiser.com

On Dec. 30, 2009, Librarian of Congress James H. Billington announced its annual selection of 25 motion pictures that will be preserved as cultural, artistic and/or historical treasures as part of the National Film Registry of the Library of Congress.

The 25 films chosen span the period 1911-1995, and range from Sidney Lumet’s Dog Day Afternoon and Bette Davis’ Oscar-winning performance in Jezebel to Michael Jackson’s video Thriller. In contrast to those more recognizable titles are two created by CalArtians: faculty Janie Geiser, director of the Cotsen Center for Puppetry and the Arts at CalArts, and the late Helen Hill (Film/Video MFA 95).

Entries in the Library of Congress Registry read as follows:

The Red Book (1994)
Renowned experimental filmmaker and theater/installation artist Janie Geiser’s work is known for its ambiguity, explorations of memory and emotional states and exceptional design. She describes “The Red Book” as “an elliptical, pictographic animated film that uses flat, painted figures and collage elements in both two and three dimensional settings to explore the realms of memory, language and identity from the point of view of a woman amnesiac.”

Scratch and Crow (1995)
Helen Hill’s student film was made at California Institute of the Arts. Consistent with the short films she made from age 11 until her death at 36, this animated short work is filled with vivid color and a light sense of humor. It is also a poetic and spiritual homage to animals and the human soul.

The registry was established by Congress in 1989 to preserve films of historical significance for future generations. Each year, 25 films are added to the list. The 2009 additions bring the number of films in the registry to 525.