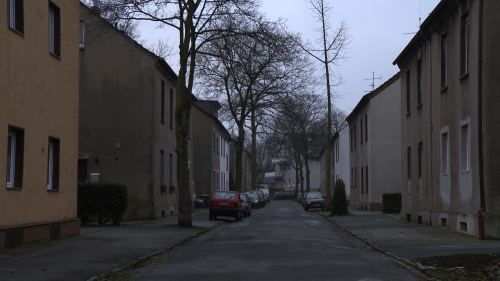 For more than 30 years, experimental filmmaker and CalArts faculty member James Benning has captured moments and places through his signature long, singular takes on 16 mm film. However, on Monday (Jan. 11) at REDCAT, Benning enters onto the digital frontier, debuting his latest film: Ruhr.

It’s Benning’s first feature in high-definition, and his first shot entirely outside of the United States. The Ruhr Valley is the center of heavy industry in Germany. For Benning, Ruhr embodies a process of discovery of the region as well as a new medium.

The two-hour film comprises seven shots, capturing minute events and changing sights and sounds. In an Artforum article that previews the U.S. premiere at REDCAT, the author notes:

Benning has long been among the most patient of artists, and therefore his work increasingly seems at odds with an attention-deficient culture. Yet, his films—and, well, video—reward an equally patient viewer and listener. Sound plays a crucial role in Benning’s work and often provides more information than the visual component. (The artist’s initial digital foray was in assembling the lush sound for casting a glance, 2007, his film of and around Robert Smithson’s Spiral Jetty.) The third shot of Ruhr frames the woods at the edge of the Düsseldorf airport, and over the course of eighteen minutes five airplanes take off—we hear them before we see them—and zip through the frame; each passing plane is followed several beats later by the surprisingly violent rustling of leaves.

Benning’s classes at CalArts often serve as a counterpoint to the aforementioned “attention-deficit culture.” For example, this semester, his class Shooting Landscapes helps students capture the unique essence of place. To view Benning’s other classes or other CalArts film and video courses, please visit the course catalog.