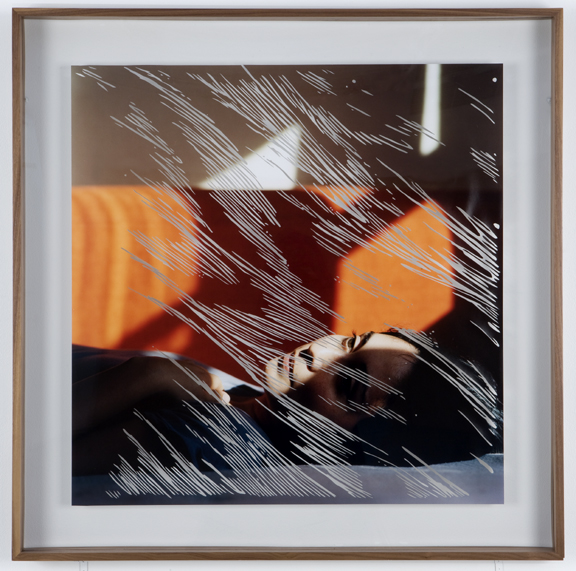 From the Julie Saul Gallery:

Her current body of work, The Corners of the Sea, combines portraits and landscapes to consider different degrees of stillness and action that can occupy an image, and the ways those variances may be inscribed within different genres. In the images, quiet and noise fill the space simultaneously; a contemplative portrait of a man overlaid with a tumultuous image of an explosion cut out of the photograph (The Corners of the Sea), or a cityscape of an ancient city cut out to create an image of the city that is more active and disorienting (Falling Suddenly to her Knees).

On Saturday (Feb. 6), Kim’s work will be included in State of Mind: A California Invitational at the Museum of Photographic Arts in San Diego. The exhibit, which runs through June 6, is a celebration of California photography in the 21st century.

The photographers in State of Mind were nominated by 40 photography professionals–select curators, writers, gallery owners, publishers and academics–each of whom was asked to nominate up to four California photographers who were producing innovative work. Of the 98 names that were submitted, 21 were selected for the exhibit by MoPA’s Executive Director Deborah Klochko and Curator of Photography Carol McCusker. Other artists with works on display include: Mona Kuhn, Todd Hido, Michael Light, Susan Rankaitis, Ken Gonzales-Day and Uta Barth.

The photos in the gallery above are from Soo Kim’s solo exhibit The Corners of the Sea.