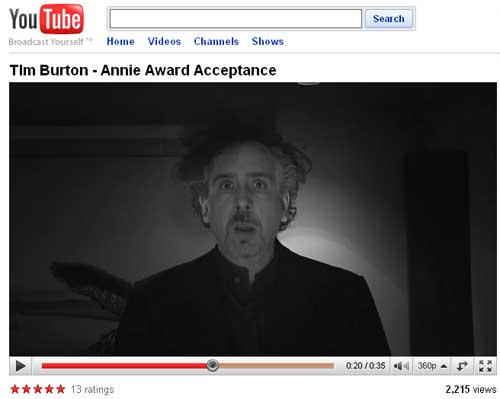 The awards season cavalcade continued over the weekend with the presentation of the Annie Awards, the highest honors in animation.

Up and Coraline, as well as The Princess and the Frog, co-directed by John Musker (Film/Video 77), will contend next month for the Oscar for Best Animated Feature Film of the Year. Up is also nominated for Best Picture of the Year at the Academy Awards.

The Annie Awards are presented by ASIFA–Hollywood, the L.A. chapter of the International Animated Film Society. The awards ceremony, hosted this year by William Shatner, was held in Westwood at Royce Hall.