The film awards season continued this weekend in London with The British Academy of Film and Television Arts handing out its BAFTA awards. A number of CalArtians were again included in the international mix of nominees and winners. Kudos to the following alumni:

Chris Innis (Film/Video MFA 91) and her husband Bob Murawski won Best Editing honors for The Hurt Locker, which also took the top film prize. (See the video above for their reaction to winning their award.) 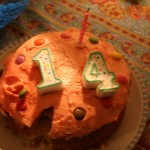 Up next: the Academy Awards, which will be awarded on March 7.