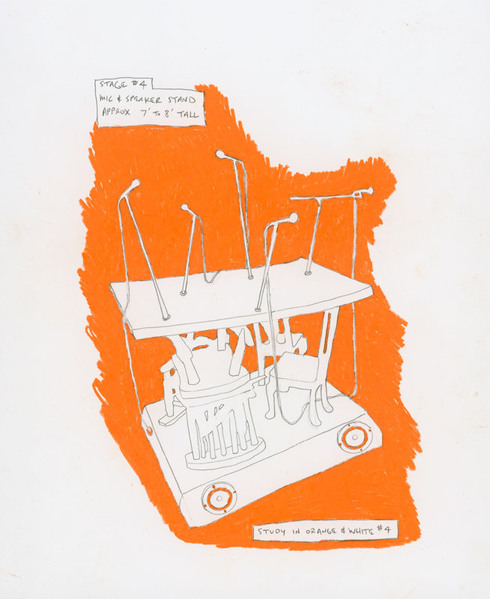 A muted and understated 2010 Whitney Biennial opened last week in New York. Curators Francesco Bonami and Gary Carrion-Murayari assembled works that exemplified a cross-section of contemporary art production, rather than art that addressed a specific theme. There are both established and midcareer artists among the 55 selected for the Biennial, including a number of CalArtians.

Here’s a snippet from the New York Times:

It has no theme; its catalog is slight; its installation, spartan.

Spectacle is out. Much of what’s in is quiet and hermetic to the point of initially looking blank. The prevailing aesthetic is the art of the tweak, minute variations on conventional forms and historical styles: abstract paintings stitched like quilts, performance pieces channeling the 1960s, and so on.

But if the museum gets full points for truth in advertising, it can also claim credit for a solid and considered product. The show has dead spots, mainly where it reflects the retrenched art-about-art spirit of the day. But it also has strong work (particularly in video) that speaks of life beyond the art factory.

Among the videos created for the Biennial is Josephine Meckseper’s (Art MFA 92) Amalgamated, with footage she shot with her iPhone of the Whitney Museum’s building designed by architect Marcel Breuer:

Art faculty Martin Kersels serves a dual role at the Biennial: artist and event curator. His 5 Songs is a sculpture that doubles as a stage for performance (see sketch above). From the Whitney: “Designed with the idea that the performer needs to adapt to the surface and the materiality of the sculpture—and therefore never truly feels comfortable—5 Songs attempts to be an extension to any performer while at the same time being extended by any performer.”

Kersels has organized an eclectic mix of stage performances in the series Live on 5 Songs that happen on and around his sculpture throughout the Biennial. Travis Preston, director of performance in CalArts School of Theater, was Kersels’s first guest artist last Friday (Feb. 26), using a mix of video, dance, text and sound in his performance.

The Whitney celebrates the 75th anniversary of the show with a concurrent exhibit, Collecting Biennials, an installation of works from the permanent collection by artists from Edward Hopper to Kenneth Anger, who have previously appeared in the Biennial.