This weekend, two CalArts alumni were awarded honors in their respective fields.

Andres Salaff (Film/Video BFA 09) was honored by the Academy of Motion Picture Arts and Sciences as a Bronze Medalist at the 2010 Student Academy Awards on Saturday evening.  Salaff was recognized in the Animation category for this thesis film Lifeline. While the students were notified previously of their awards, their placement – Gold, Silver or Bronze – was not revealed until the ceremony on Saturday night. As a Bronze Medal award winner, Salaff received $2,000.

Congratulations from us at CalArts and 24700! 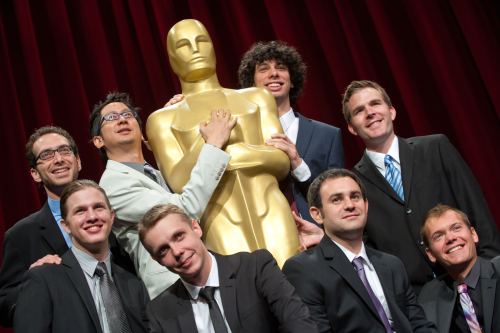