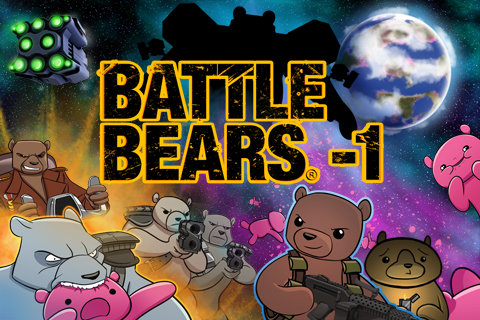 With the iTunes App Store boom continuing, more and more entrepreneurs are creating innovative applications for the mobile device market. On the gaming front, Battle Bears, a game app for the iPhone, the iPod Touch, and the iPad, has taken the lead in that market and recently surpassed 2,000,000 downloads.

The game is produced and directed by Benjamin Vu (Film/Video MFA 06). In 2007, Benjamin and his brother Hoa founded SkyVu Pictures Inc., an independent animation studio based in Omaha, Singapore and Vietnam. Vu is the President of SkyVu Pictures, which released the popular game that surpassed 1 million downloads in under 30 days, according to the game’s website.

The game exists in 3 different incarnations: Battle Bears: Zombies!, Battle Bears Free (a free version), and the latest “prequel” titled, Battle Bears -1. As summed up on battlebears.com, “BATTLE BEARS stars OLIVER, a teddy bear stuck behind enemy lines who must fight off unending waves of Pink Bears wishing to HUG HIM TO DEATH.”

Check out the hugging-action-packed game trailer for Battle Bears -1, which was released on June 22: