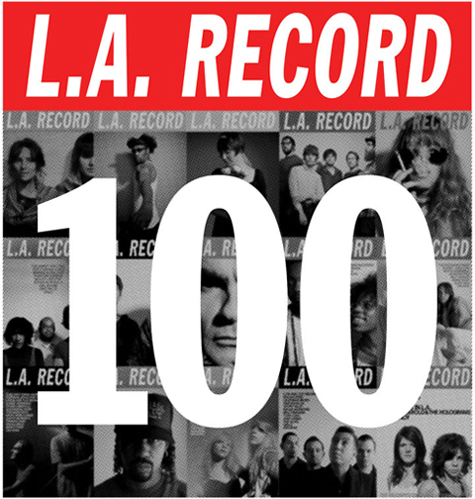 L.A. Record, a local independent music magazine, is celebrating the release of its 100th issue with the L.A. Record 100 Festival. The month-long city-wide event, which began on June 28th and will run until July 31st, connects local music to local people with 100% of proceeds going to the CalArts Community Arts Partnership (CAP) program. CAP partners with elementary schools, middle schools, and high schools that have little or no arts funding to provide top-quality instruction in subjects the students themselves choose, including fine art, jazz, world music, creative writing, animation, video, dance and puppetry. L.A. Record Arts Editor Drew Denny (Critical Studies MA 09) has been teaching Documentary Photography, Eco Art and Public Art classes in LAUSD Continuation Schools for two years as part of this program. The festival’s goal is to raise $50,000 for CAP during the month of July.

There are currently over 120 events attached to the massive festival throughout the city and with more soon to be announced. Up-and-coming local artists such as Julia Holter (Music MFA 09) and Ariel Pink’s Haunted Graffiti are among the many set to perform.

From the festival’s organizers:

The L.A. Record 100 festival will coincide with L.A. Record’s Summer
2010 issue and connect events taking place all across the Los Angeles
area, ranging from hip-hop to ’50s rock ‘n’ roll to electronica to dub
to experimental noise to indie rock and beyond. With shows in diverse
venues that include bars, galleries, clubs, and even house parties,
L.A. Record 100 is a colossal cross-pollination of L.A.’s music and
art communities.

The festival includes a broad range of events besides the standard concert as well. Such events include an Ableton Live production 101 workshop, a goth/darkwave film and music night, and even a multimedia exploration of the many facets of video game culture. Check this page for the complete list of events and updates or follow L.A. Record at twitter.com/larecord.