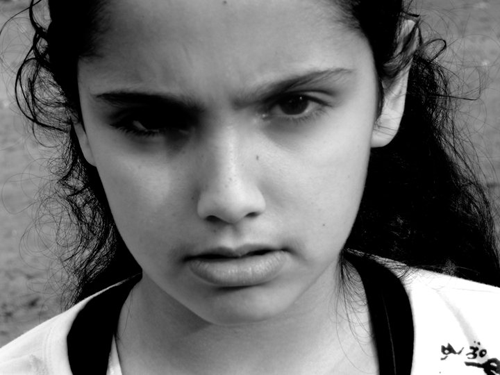 As the CalArts summer hiatus continues, many faculty members stay incredibly active in their respective fields. Among them is Film/Video School faculty, Nina Menkes, who will be premiering a new feature film titled, Hitparkut, at the Jerusalem International Film Festival on July 13th.

Menkes’ films have shown widely in major international film festivals around the world, and have received much acclaim. This film, which was shot in black & white during the summer of 2009, was written in Hebrew and Arabic with English subtitles.

A description of the film from the director:

Loosely inspired by Dostoyevsky’s Crime and Punishment, the film is concerned with sin, understood as a profound inner alienation and violence, towards self and others…and the possibility of redemption or healing from sin by connecting to the power of faith or love within ourselves. This is a love without any object of desire—and so an illuminating and interior spiritual quality.

Menkes says that the work is about one man’s inner journey, but at the same time can be read as an allegory about Israel’s moral responsibility. “The film can also be understood as a portrayal of male violence towards a devalued Feminine,” says Menkes.

Watch a clip from the film below: