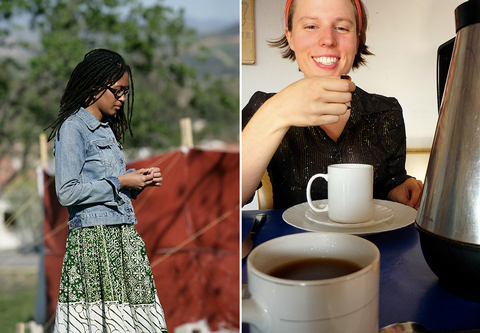 Qadriyyah Shamsid-Deen (Film/Video MFA 10, Theater MFA 09) and Emily Mendelsohn (Theater MFA 09) have been awarded Fulbright Fellowships to travel and study for 10 months in Africa this year.

Many students have the opportunity to study and perform abroad while attending CalArts. Two recent CalArts graduates, Qadriyyah Shamsid-Deen (Film/Video MFA 10, Theater MFA 09) and Emily Mendelsohn (Theater MFA 09) have found a way to continue making art internationally beyond graduation. Both Shamsid-Deen and Mendelsohn have been awarded Fulbright Fellowships to travel and study for 10 months in Africa this year.

Shamsid-Deen, a filmmaker, will study women’s groups throughout Namibia as potential models of functional collectives.  She aims to make a documentary film with the video and audio research that she collects. “Filmmaking is not really a typical method of research for most Fulbright scholars,” Shamsid-Deen says. She hopes her film work will help form a dialogue among the local communities that she studies.

Mendelsohn’s Fulbright Fellowship will take her to Kampala, the capital city of Uganda. “I’m studying how artists are using traditional modes of performance to address contemporary political and social realities,” says Mendelsohn.  In addition, Mendelsohn is auditing courses through Makerere University’s performance program and peace and conflict studies program.  She is also working with a local theater troupe interested in preserving traditional dance and music.

Both Fulbright fellows will be collaborating on a play by Ugandan playwright Deborah Asiimwe (Theater MFA 09), titled Cooking Oil, when they arrive in Africa next fall. The play will be performed in Uganda’s National Theater in October 2010 as a collaboration between Ugandan and American artists.  Cooking Oil explores foreign aid, women’s rights and art’s role in human development.  Shamsid-Deen will document the production, while Mendelsohn is set to direct.

Shamsid-Deen and Mendelsohn recently returned from a Fulbright Pre-orientation in Washington D.C., where they learned the basics of what they need to know as researchers representing the U.S. “It was wonderful to meet other fellows from different fields who will be conducting research in other countries,” says Shamsid-Deen. She says that the relationships she gained from the pre-orientation alone are turning out to be rewarding. “I highly recommend that CalArtians apply to the Fulbright Fellowship program if they have an interest in living and teaching abroad, or if they want to create their art abroad.”

For more about Mendelsohn’s and Shamisid-Dean’s production of Cooking Oil, click here.

UPDATE 7/15/2010: Since this post was published, 24700 has learned of a third CalArtian recipient of a Fulbright Fellowship this year. Laura Geier (Music MFA 10) received the Fellowship to study folk & gypsy music in Bulgaria this year. 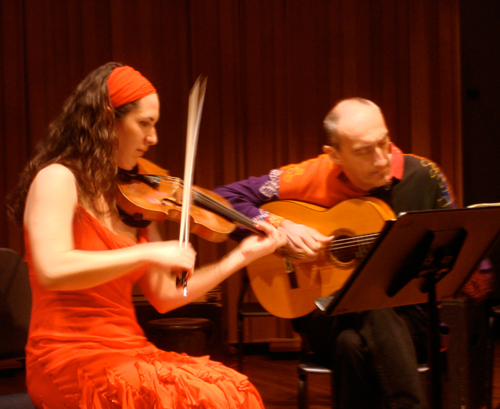 A 2010 graduate of the Herb Alpert School of Music at CalArts, Laura Geier (at left) has been awarded a Fulbright Fellowship to travel to Bulgaria this year.