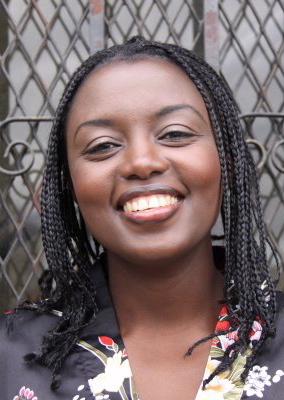 The play, which was recorded and released on BBC World Service for Africa, follows 17-year-old Tereka, who joins his school music group as a marimba player in hopes of winning a Ugandan national competition. The music group eventually wins the grand prize: traveling to New York to perform.

Once in New York, Tereka ditches the group, thinking that he’ll have better opportunities in America since he could pass as a Will Smith double. Unfortunately, the city isn’t as kind as he hoped, and he ends up on the streets. He befriends a homeless Jamaican woman who takes him under her wing and shows him that America might not live up to its large- and small-screen image.

The New York-based Asiimwe, a specialist for the Sundance Institute (East Africa Initiative) is currently working on her play Cooking Oil, a collaboration between Ugandan and American artists, that will open in Uganda’s National Theater on Oct. 8, for a month-long run.

In 1971, BBC World Service for Africa launched its playwriting competition and invited its listeners to compose a 30-minute English-language play containing no more than six characters. This year’s competition was judged by Nigerian writer, poet and playwright Akinwande Oluwole “Wole” Soyinka–the first African to win the Nobel Prize in Literature in 1986.

Listen to Will Smith Look-Alike