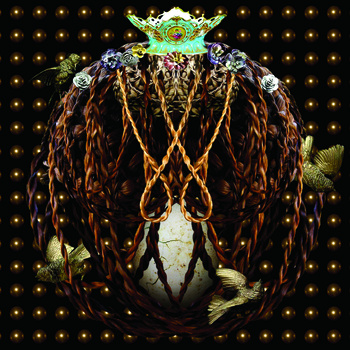 Earlier this summer, Eric Lindley, a 2008 CalArts graduate (Music/Writing and Integrated Media, MFA 08), released his second album, Oh Light, under the moniker Careful. The quiet, small-scale release caught the attention of the New York Times, and made the Critics’ Choice New CDs column in July.

On ‘Oh, Light’ — out now on iTunes and later this month in physical form — that voice jumps right in your head. It’s from a tradition of unnervingly confidential, light-voiced male singers: João Gilberto, Arthur Russell, Lou Barlow of Sebadoh, Elliott Smith, Jamie Stewart of Xiu Xiu. Beyond the singing, bare but surely played acoustic-guitar patterns hold down the songs. Here and there, as in the track ‘Every Epiphany,’ he uses some of the obdurate strategies from electro-acoustic minimalism — loops, drones, digital pops as percussion — and makes gorgeous, multitracked, even gently Auto-Tuned surfaces.

Mr. Lindley, who studied with the highly conceptual composer James Tenney, seems taken by the idea of music as research and experiment; from track to track he plays relentlessly with the textures of his backgrounds. But somewhere in there is a singer who loves pop innately and purely.

Lindey also used a few CalArts connections to help him design his CD cover: The artwork was created by Miwa Matreyek (Film/Video MFA 07) and Nitai Cook (07).

Listen to the track “Every Epiphany” from the album: