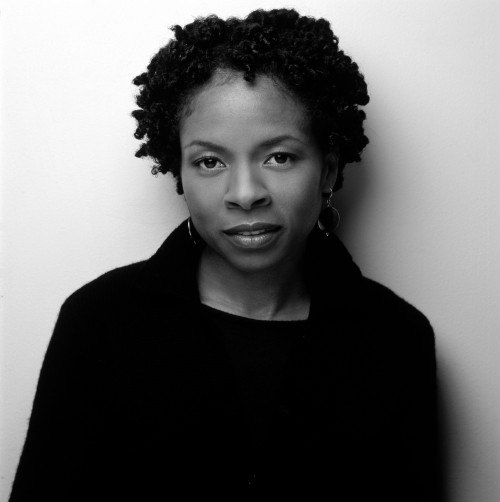 Two-time Obie award winner, pivotal cast member of hit television series The Practice and current regular on TNT’s Men of a Certain Age, Lisa Gay Hamilton, began teaching in the Acting Program in the CalArts’ School of Theater this week.

In Men of a Certain Age, Hamilton plays the role of Melissa, the wife of an overstressed car salesman. Salon.com called her performance “transfixing as Owen’s good-natured but pragmatic better half.”  Watch her in the episode titled “You Gonna Do That the Rest of Your Life?”

In a conversation with 24700, Hamilton mentioned she’d been thinking about teaching just around the time she was invited to lead a class in the School of Theater. “It’s ironic how opportunities can come to you, when you least expect them,”  she said.

Bringing her experience as a stage and screen actress and her classical training at Julliard to CalArts, she passionately expressed  her views on teaching.  “The things you learn in the commercial world are not the most important things to know.  It’s not practical to teach people to be movie stars or how to make a lot of money.  What matters is the belief you have in yourself. You can be an actor, a doctor, lawyer or mathematician—but you need to understand who you are as a human being and know what you need to give back.  The idea is to discover what is nutritious—what is good for you.  My training at Julliard gave me the tools to be an artist who can swim in all sorts of waters.  I’d like to pass those tools along to students as they prepare to  go out into the world.”

Lisa Gay also has a coincidental CalArts connection.  She received her first Obie award for her performance in playwright, poet, and essayist Adrienne Kennedy’s Ohio State Murders.  Kennedy’s work was highlighted last year in the School of Theater. During its 2009-2010 season, CalArts presented Kennedy’s acclaimed Funnyhouse of a Negro, along with the rarely performed Sun: A Poem for Malcolm X Inspired by His Murder, and June and Jean in Concert.

Watch Hamilton in action in TNT’s Men of a Certain Age: