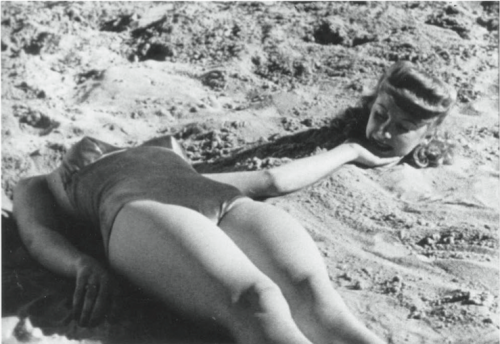 The just-released book, Radical Light: Alternative Film and Video in the San Francisco Bay Area, 1945–2000, has been a 12-year labor of love for Steve Anker, dean of CalArts’ School of Film/Video, and his co-editors Kathy Geritz and Steve Seid.

The tome is a collection of essays, interviews, photographs, and artist-designed pages that traces the roots of avant-garde cinema and video art in the San Francisco Bay Area.

“The Bay Area has been one of the country’s centers for experimental film, but the information wasn’t readily available, ” said Anker in a recent interview. Since 1998, when Anker received the first grant for the book, he and his fellow editors have been researching all aspects of the area’s non-mainstream film and video art.

There are numerous instances of the Bay Area’s early contributions to film history, from Eadward Muybridge’s 19th experiments with movement (including the famous filming of Leland Stanford’s horse) to Philo Farnsworth’s contributions to modern television. But Radical Light only briefly examines early pioneers like Muybridge and Farnsworth. The bulk of the text focuses on works and artists during and after 1945. “At the end of World War II, American culture opened up and San Francisco became a center of radical and alternative lifestyles,” said Anker.

He points to the GI Bill, which enabled many veterans to return to or attend school for the first time, as pivotal in ushering the new era of experimental and art films. It was during this time that the film careers of artists such as Kenneth Anger and Jordan Belson blossomed.

The book also delves into the Bay Area’s hand and history in video art, which emerged from gallery, sculptural and performance art. Anker explains that experimental film was medium specific—audiences sit and watch a film—by the 1960s, the avant-garde film moved into the galleries as well.

In addition to celebrating the release of the 352-page book (published by the University of California Press), the Berkeley Art Museum and Pacific Film Archive (BAM/PFA ) are holding a film series, gallery exhibition, and related L@TE: Friday Nights @ BAM/PFA events. The events are curated and programmed by Geritz and Seid, BAM/PFA Film and Video Curators, along with Anker.

The official book launch event, with light shows and projection pieces, will be held tonight at BAM/PFA with all three editors in attendance. Anker says he hopes to bring related programming around the book to CalArts next month and to the LA film community in January.