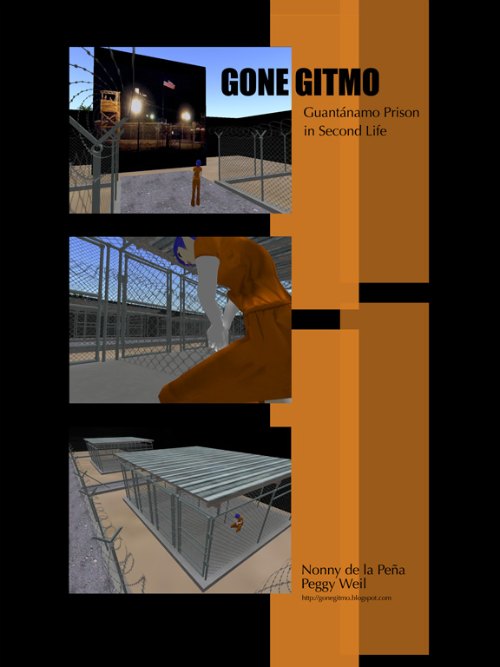 Throughout her career, Nonny de la Peña has combined her background in journalism with timely political issues and online multimedia tools to create thought-provoking art and films. Tonight the Structuring Strategies class and series welcomes the former Newsweek magazine correspondent to CalArts’ Bijou Theater for an evening of screenings and discussion.

Examples of both her film and multimedia work will be screened during tonight’s program, including the documentary Unconstitutional (2004, 66 minutes), which traces the passage of the controversial Patriot Act through Congress, the effect critics say it had on Arabs and Muslims in the US post-9/11, and the treatment of prisoners at Guantanamo Bay.

Gone Gitmo was constructed inside the Second Life 3-D online community and leads visitors through a virtual detention inside the prison camp. The project explores the loss of habeas corpus rights–whether or not the US had the authority to detain the Guantanamo Bay prisoners. Documentary footage from Unconstitutional is embedded in the work to create a “spatial narrative.”

Here’s a four-minute introduction to the Gone Gitmo project: