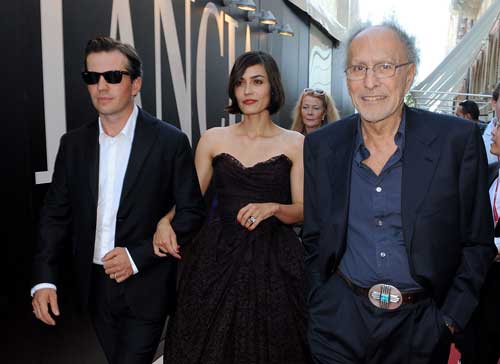 The October 2010 issue of artforum (available in print only) features a seven-page interview and career retrospective of film director Monte Hellman, adjunct instructor in CalArts’ School of Film/Video since 2005.

Hellman is best known for his two genre-bending westerns, The Shooting and Ride in the Whirlwind, co-produced, starring, (and the latter written by) Jack Nicholson in 1965, and the cult classic, Two Lane Black Top, (1971) a cross-country car race film starring James Taylor and Warren Oates. Hellman recently completed The Road to Nowhere, his first film in 20 years, shot, incidentally, with a digital still camera. The article and interview, “Nowhere Man” by Haden Guest, is chocked-full of Hellman anecdotes ranging in subject from early influences and favorite films, to insights into the art and craft of film directing and acting.

While extending the eccentric approach to genre defined in the 1950s by a group of maverick filmmakers that prominently included Samuel Fuller, Joseph H. Lewis, and Nicholas Ray, Hellman’s westerns also reveal his singular approach to performance and his meticulous distillation of narrative into nuanced and mysteriously intense character studies.

HG: …What attracts you to this type of obsessive, taciturn character again and again?

MH: Well, I used to say that Two Lane [Black Top] could just as easily have been about moviemaking, and Road [to Nowhere] could have been about street racing. I think there is a strong tendency for directors–myself included–to be pulled by autobiography. I just saw one of my favorite films the other night–In a Lonely Place [1950], which I screened for a class I teach at CalArts. That film is a double autobiography in the sense that Bogart was attracted to the material for obvious reasons because he felt this was him, and Nick Ray was breaking up with Gloria Graham at the time and makes this story about the impossibility of relationships, and there is so much personal stuff on both sides of the camera. It’s quite astounding.

At 78, Hellman hasn’t slowed. In addition to teaching at CalArts, Hellman’s been screening his latest feature film Road to Nowhere–his first since Blind Terror–at festivals worldwide, including this year’s Cannes and Venice festivals. At the Venice International Film Festival in September, Hellman was awarded a Special Lion for Overall Work.