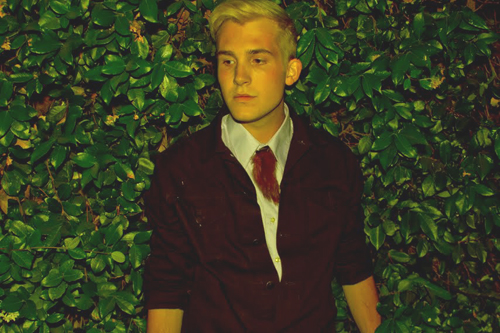 It’s an incredibly difficult task for a contemporary composer to have a musical composition performed by a major American symphony orchestra. But one CalArts student composer, Taylor Brizendine (Music BFA 12), was selected from a pool of 167 candidates from around the world to have his work performed by the award-winning Minnesota Orchestra.

Among the seven participants of Minnesota Orchestra’s 10th Annual Composer Institute, Brizendine was selected to travel to Minneapolis for six days of rehearsals, seminars and tutoring sessions which started Sunday and will culminate in a public Future Classics concert of the new pieces at Orchestra Hall led by the Orchestra’s Music Director Osmo Vänskä.

“The name of my piece is Mandrake is seeded by the ejaculations of hanged men, though the orchestra is referring to it as Mandragora Officinarum,” says Brizendine.

From the composer’s program notes:

For millennia the Mandragora officinarum has found it’s way into almost every European culture’s folklore. A root that, when harvested, can supposedly cure diseases, or even save a person from certain death. But the root itself is surrounded by death–as far as the legend goes, only if a man is lynched and his seed falls to the ground will a Mandrake root grow. Even when it is pulled from the dirt it screams so violently that it kills whoever is present to hear it. According to legend, though, the cures it can produce are immense. It was used to ward off miscarriages; to cure headaches–even the black plague; and it is still widely used today to ease arthritis pain.

Even though what it was said to do was beneficial, you wouldn’t exactly call it a beautiful plant. Looking like a dirty, disembodied pair of legs, the average Mandrake isn’t exactly pretty, especially when you consider the unpleasant way that it is supposedly germinated. But why don’t people consider it beautiful?

This question is exactly what Mandragora Officinarum–the piece–is about. Inspired by one of the most disgusting legends in European history, and using only the most shrill and blundering parts of the orchestra, Mandragora isn’t what most people would call easy listening. But why isn’t that beautiful? At this point in human civilization, do we still have to adhere to age-old definitions of beauty and normalcy, or can we get past them and simply let existence happen?

In addition, Brizendine has been blogging for the new music blog NewMusicBox during his residency in Minneapolis. Check out his first post here.