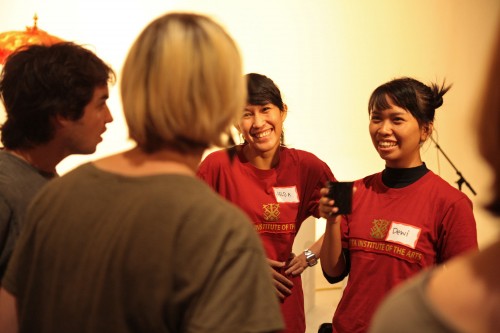 Students from Jakarta Institute of the Arts are on campus this week.

Students and other representatives from the Jakarta Institute of the Arts (IKJ) in Indonesia arrived on Sunday for an intensive workshop residency at CalArts. This week, IKJ students are collaborating with CalArts music, art, dance and film/video students to develop and produce new works together—over the course of five days.

Unfortunately, because of obstacles and delays in accessing visas to come to the U.S., the residency has been shortened from 10 days to five, requiring an even more compressed schedule of events.

There are two events this week that are open to the public during the IKJ residency: