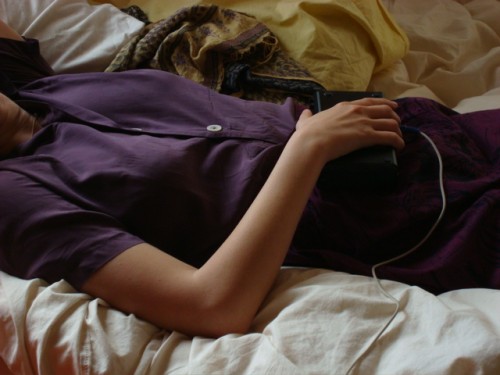 Film still: 'My Tears Are Dry' by Laida Lertxundi

Presented by curator Garbiñe Ortega, the theme of this program is Inner Geography. Ortega describes the selected films in her curator’s notes:

In these recent experimental films and videos from Spain, exterior landscapes describe emotional states while inner landscapes speak about the physical world. Two super-8mm cameras, in an improvised game, follow Michael Snow’s “path” in Albert Alcoz’s Forth and Back and Forth. Inspired by Bruce Baillie’s All My Life, Laida Lertxundi’s My Tears Are Dry uses a song by Hoagy Lands. It is at once bright and melancholic, but ultimately, about moving forward. The camera tenderly reveals all the possible stories between two people in Theory of Bodies by Isaki Lacuesta.  In The Fence a group of fishermen and their net beautifully fill the frame as they try to dominate nature. Víctor Iriarte’s The Sea is a diary of a city that you can swim through—or a map of childhood memories. Fernando Franco creates an essay about the use of space and time in Chantal Akerman’s Jeanne Dielman in his Les variations Dielman. In First Person León Siminiani records his feelings and thoughts in a touching metacinematic notebook.

It’s a sort of homecoming for one of the filmmakers, Laida Lertxundi, who graduated from CalArts in 2007 with an MFA from the School of Film/Video. Her short film My Tears are Dry was screened at several prominent festivals, including the Viennale, Rotterdam, Ann Arbor and New York. She was also named as one of the 25 Filmmakers for the 21st Century by the Film Society of Lincoln Center.