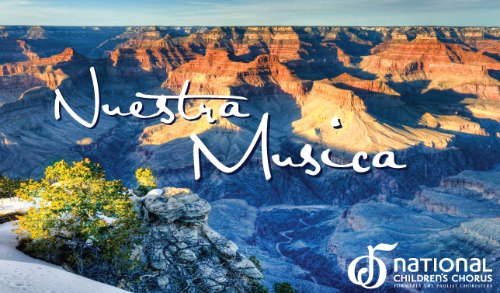 The choruses are scheduled to sing together on Sunday, but not in the same space—each choir performs with a video and audio playback of its counterpart.

Lewis composed the music for Far Away (lejos), with the children essentially writing the words. The libretto is made up of interviews Lewis did with both choirs, in which he asked the children about their countries, the meaning of friendship, their fears and their dreams.

The work had its world premiere on Dec. 10 in Cuba as part of the Havana Film Festival’s El Mundo Audiovisual del Niño Latinoamericano. The US Premiere will take place on Sunday as part of the the National Children’s Chorus’ winter concert Nuestra Música.

Far Away is Lewis’s second major new media collaboration between the two “enemy” nations of America and Cuba. His previous work, The Closest Farthest Away, was the first performance written, produced and performed collaboratively by theater artists, filmmakers and musicians in Havana, New York City and LA, and made its debut at the Havana Film Festival in December 2009, and its US premiere in Miami in March 2010.

The video below is a short documentary about the making of Far Away in Cuba.