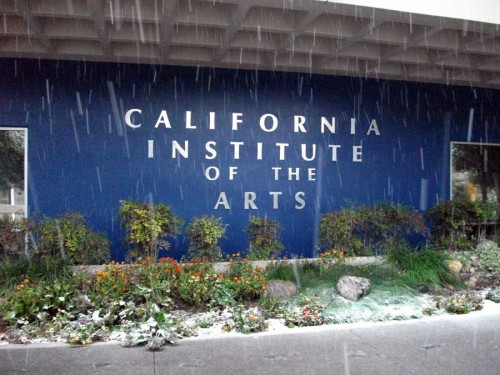 A rare snowstorm at CalArts on Sunday | Photo: Amanda Candler

A rare snowstorm hit the Santa Clarita Valley and the CalArts campus on Sunday afternoon to usher in the New Year. Since the interim class session doesn’t begin until Jan. 17, most students are still on vacation and missed the chance to see the Southern California snow.

But 24700 proves “snowmaggedon” in the posted photo gallery, by Institute photographer Scott Groller. (It was really just a dusting by East Coast and Midwest standards, but Southern Californians can barely deal with driving in rain, let alone snow.)