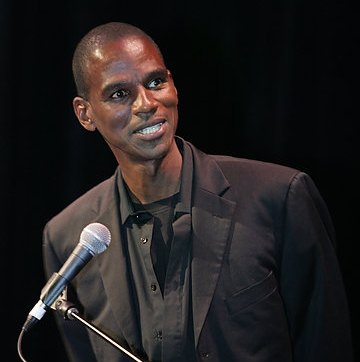 Being a working artist can be difficult, but contemporary mixed-media painter and CalArts alumnus Mark Bradford (Art BFA 1995, MFA 1997) recently made it a little easier for his contemporaries.

In December, Bradford announced a $100,000 donation to advocacy organization United States Artists for the Artists2Artists fund. The matching gift program encourages artists to use their commercial success to help fellow artists who lack the resources to realize their own creative visions.

Artists2Artists is part of USA (United States Artists) Projects, a new online community and microphilanthropy site that connects donors directly with artists and their projects.

We’ve all been to rent parties where we help fellow artists raise funds, says Mr. Bradford. All we’re doing now is making an informal economy formal…

The worst thing for artists is not to have the money available to carry out the ideas they have in their heads.