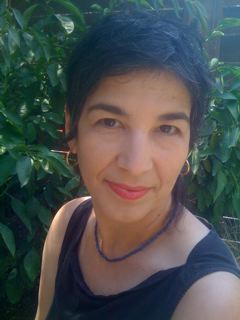 Alumna Irene Tsatsos  (MA Critical Studies 10) was recently appointed Gallery Director of the Armory Center for the Arts in Pasadena. 24700 recently spoke with Tsatsos about  her time at CalArts and her new responsibilities at the Armory.

24700: Irene, please tell us a bit about your background.

IT: I’ve evolved from a visual artist into an artist-centered curator with a practice that has always been oriented toward artistic collaboration and production. My first job after art school (which followed a BA in political theory from Antioch College in Yellow Springs, OH) was as executive director of N.A.M.E., an artist-run space in Chicago. N.A.M.E. was a pioneer in the alternative space movement when founded in 1979 by artists (and critic Jerry Saltz). I followed my tenure there with a brief stint at the Arts Club of Chicago before moving to New York, where I coordinated the 1997 Whitney Biennial–a great experience that among other things confirmed my commitment to smaller, more artist-centered institutions and programming. In 1998 I moved to L.A. to be director/curator at Los Angeles Contemporary Exhibitions, a position I held until 2005. Since then, until early October when I started at Armory, I had been working independently, writing and organizing various projects and, of course, earning an MA in Aesthetics & Politics at CalArts.

24700: What’s the subject of your recently completed thesis?

I wrote about Antigone and the relationship between private family drama and the public sphere. Through my text I explored a structure that, strictly speaking, satisfied the requirements of a formal thesis, but also allowed a creative interpretation of Antigone’s story as told by Sophocles. I consider the paper a first draft of what I intend to develop into a script for a performance, for either stage or film.

24700: Who was your mentor, and how would you characterize your experience at CalArts as a whole, and of your program in particular?

IT: My mentor was [Critical Studies Dean] Nancy Wood. I worked closely with my readers Arne de Boever and Douglas Kearney, as well as with advisors Matt McGarvey and Mady Schutzman. I also worked with other terrific faculty in Critical Studies, including Norman Klein, Christine Wertheim, Janet Sarbanes, and Aesthetics & Politics co-chairs Martin Plot and James Wiltgen. In addition, my cohort was and remains a great source of support, criticality and inspiration.

24700: For readers who don’t know about the Armory, would you briefly describe its function, programs, and whom it serves?

IT: The Armory is a community-based arts center in Pasadena located in a renovated National Guard facility. We mount shows onsite in more than 5,000 square feet of exhibition space as well as public projects at sites throughout Pasadena and beyond.  Currently on display in the largest of the Armory’s four galleries is a highly acclaimed survey of work by Steve Roden, organized by curator Howard N. Fox. The show has just been cited by Artforum as one of the top museum shows of the year. Recent outdoor projects include installations by Yoko Ono, Daniel Buren, and Lynn Aldrich and a skywriting project by Bruce Nauman.

Additionally, and as essentially, Armory offers a robust arts education program with classes for children, youth and adults. Armory teaching artists complete a rigorous, year-long, teacher-training fellowship on site, after which many go on to teach in the studio program or in Armory programs at public schools throughout the Pasadena Unified School District. A cultural leader in Pasadena, the Armory actively nurtures and maintains a wide network of partnerships with a range of organizations, emphasizing art experience and art education as a vital human activity essential to community life. At Armory’s core is a conviction that making, teaching and presenting art can catalyze and transform individuals and communities, and that artists, through their practice, can serve as educators and advocates in this process.

Armory has deep roots in Pasadena. It began in 1947 as the education department of the now-defunct Pasadena Art Museum. Classes were led by artists whose teaching concepts grew out of the museum’s exhibitions of modern art. When the museum closed in 1974, the education program became the Pasadena Art Workshops. With no space to present exhibitions, the Workshops’ focus was on the continued involvement of professional artists as teachers and the development of arts programs that promoted alternative forms of learning. The Workshops brought the arts to new audiences by working in partnerships with schools, libraries, parks, neighborhood groups, community centers and city agencies.

In 1989, the name became the Armory Center for the Arts when the organization moved into the renovated National Guard Armory in Old Pasadena. The 20,000 square foot building, divided equally into studio art workshops and galleries, provided the space for reintroduction of contemporary exhibitions and performances as an integral part of the Armory’s programming.

24700: You’re filling the shoes of Pasadena arts (and of course, Armory) legend, Jay Belloli. That can’t be easy…

IT: My predecessor, Jay Belloli, retired last spring after more than 20 years of service to the Armory. Before that he held curatorial stints at Walker in Minneapolis, MCA in San Diego and Fort Worth Museum of Modern Art, where he also served as director; he has mounted major exhibitions with such artists Dan Flavin, Helen and Newton Harrison and Tim Hawkinson. Jay is a wonderful colleague, inspiring and supportive.  I have known him many years and have admired his work–now, my appointment at Armory has given us even more occasion to sit down and talk at length. I am grateful to Jay for his insight and generosity, and honored to have the trust and encouragement of the Armory’s staff and board to build on the program he has established.

24700: What are your initial reactions to or assessments of the task at hand?

IT: In mid-October, about two weeks after I arrived, the NEA informed us that we had received a $60,000 grant to support a series of temporary, public art projects throughout Pasadena–a fantastic, unexpected gift! So, while gallery programs are in place through spring of 2012, I am now combing the city for sites, talking with artists about ideas for projects, and building relationships with neighbors and partners for a launch as soon as mid-2011. We’ll keep you posted!

While I’m looking ahead to future programs, I am also delving into the history of the Armory and its current roles in Pasadena and beyond, surveying the institution to get a better understanding of just how wide and deep its reach is.  (The short answer is, quite.) My new relationship with the Armory is a wonderful fit–uncannily so.  I am so pleased to be a part of an organization that places high value on art production and social engagement.

24700: In brief, what’s your understanding of your mandate? What goals have you set for yourself?

IT: I am keenly interested in the Armory’s long-standing institutional commitment to a practice of artist as educator; now, I would like to expand this notion beyond its rich artist fellowship and studio programs. Drawing from these programs, I would like to find ways to embed critical inquiry and research practices into Armory’s curatorial initiatives and protocol. This must happen systemically, so that exhibition programming itself is the outcome of an educational initiative–in other words, so that exhibitions are generated from a place of research and education within the institution and supported by it. We are already considering ways to develop these ideas through initiatives such as curatorial fellowships and residencies. I will also be looking to my colleagues at CalArts and beyond to help program readings, develop lecture series and more.

Exhibitions often represent a resolution of a body of work for an artist, a synthesis of ideas for both artist and curator. I would like to direct the focus of Armory exhibitions to raising questions–for those involved in production as well as for visitors to the galleries.

24700: Please tell us about a current or upcoming exhibition or program that you think is particularly exciting.

In January 2012, as part of the Getty’s Pacific Standard Time performance festival, Armory will host an event, titled Accidents in Abstract Painting. Jackson (b. 1939) will fly and crash a remote controlled, model military jet plane with a ten-foot wing span, filled with paint, into a twenty foot wall that reads “Accidents in Abstract Painting”.  Later that spring, the video footage and photographic documentation of the event will be exhibited alongside the plane wreckage in an exhibition of recent military-inspired works, entitled Richard Jackson: Accidents in Abstract Painting, the Armory. In this exhibition, Jackson will conceptually return the Armory Center for the Arts back to its origin as a National Guard armory by creating a new series of pieces in the form of guns and cannons that spurt and shoot paint onto the gallery walls.