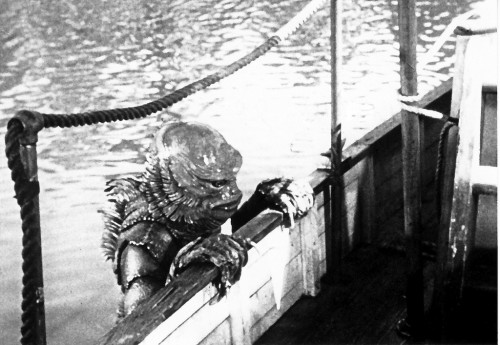 Anker, dean of CalArts’ School of Film/Video, and Kathy Geritz and Steve Seid, film and video curators for the BAM/PFA (Berkeley Art Museum/Pacific Film Archive), are conducting a whirlwind tour of Southern California this month, and are screening different film programs that are loosely based on several themes. They begin their LA tour tonight in Westwood at the UCLA Film and Television Archives.

“A lot of the alternative filmmaking was the alternative to Hollywood,” said Dominic Angerame, who has helped shape Bay Area visual culture both as a filmmaker (“Premonition”) and as executive director of Canyon Cinema, a home-grown exhibition-distribution company that has played a crucial role in exposing San Francisco artists’ work.

By contrast, Angerame said, many filmmakers who joined an exodus from Los Angeles to the Bay Area over the past century “either got tired” of laboring in Hollywood’s backyard or else found ways to cannibalize mainstream cinema and incorporate it into their own work.

The films being screened in Los Angeles suggest the vast range of Bay Area expression. They include “A Trip Down Market Street, 1905,” a 12-minute real-time vision of the city’s most iconic thoroughfare; Lawrence Jordan’s sepia-toned “Visions of a City” (1957), in which the roving poet-protagonist Michael McClure’s cubistically reflected image in car windows, mirrors and storefront displays creates a Baudelairean tone poem of the Beat era flâneur; Christopher Maclaine’s “The End,” a 35-minute stream-of-consciousness lament at the Cold War prospect of planetary suicide; and Nelson and Wiley’s “Schmeerguntz” (1966), a savagely humorous, proto-feminist deconstruction of postwar American consumerism’s squeaky-clean surfaces, and the crud that lurked beneath them.

A list of Radical Light screening programs and dates follows.

Landscape As Expression: San Francisco and the surrounding Bay Area offer an astonishing landscape that combines shifting and surprising natural visual qualities with a teeming urban culture. This program explores and reflects the wonder and cinematic character of this urban landscape.

Post-Performance Video: By the mid-seventies, the concept of the artist’s body as medium had evolved from arid performance to effusive provocation.

1961-1971
Avant-garde and experimental film flourished during the sixties in the Bay Area, and scores of filmmakers relished freedom of expression with often brazenly anti-establishment and always joyfully self-expressive works. This program is a journey through these revelatory and rebellious years with works by Robert Nelson, Gunvor Nelson and Dorothy Wiley, Lawrence Jordan, Alice Anne Parker Severson, Bruce Baillie and Lenny Lipton.

Small Gauge: This program highlights super 8 and regular 8mm films made in the Bay Area. Even though regular 8mm and later super-8mm were designed as amateur home mediums during the middle decades of the last century, artists using these small-scale tools increasingly appreciated the intimacy of the screening situations and the low-key and fragile qualities of the image and spontaneity that 8mm filming allowed. This program showcases a wide range of ways that San Francisco based moving image artists consciously worked with the small-scale nature of 8mm, using home distributed found footage, working with daily ‘home movie’ subjects to create expressive and direct diaries and cinematic reveries, or using the nature of these tools for formal exploration. Filmmakers include: Bruce Conner, Scott Stark, Janis Crystal Lipzin, silt, Julie Murray, Ellen Gsaine Miyoshi,  Bob Branaman, Nathaniel Dorsky and others.