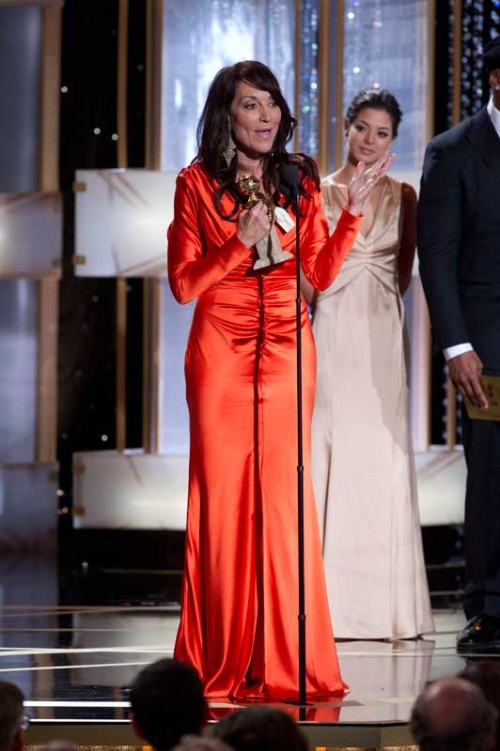 Sagal’s portrayal of ruthless family matriarch Gemma Teller Morrow in FX’s biker drama has been drawing notice since the series premiered in 2008. In an early interview with USA Today, Sagal compares herself to her character:

“I’m a little more polite” than Gemma, Sagal says, but she can relate to the character’s feelings, if not her sometimes ruthless actions. “What I like about her is she’s not seeking redemption. She doesn’t think she’s doing anything wrong…”

Also in the winner’s circle on Sunday was Disney/Pixar who won the Golden Globe for Best Animated Feature Film for Toy Story 3. Director Lee Unkrich picked up the award for the film, whose story was developed by John Lasseter (Film/Video BFA 79) and Andrew Stanton (Film/Video BFA 87) with Unkrich, and executive-produced by Lasseter.