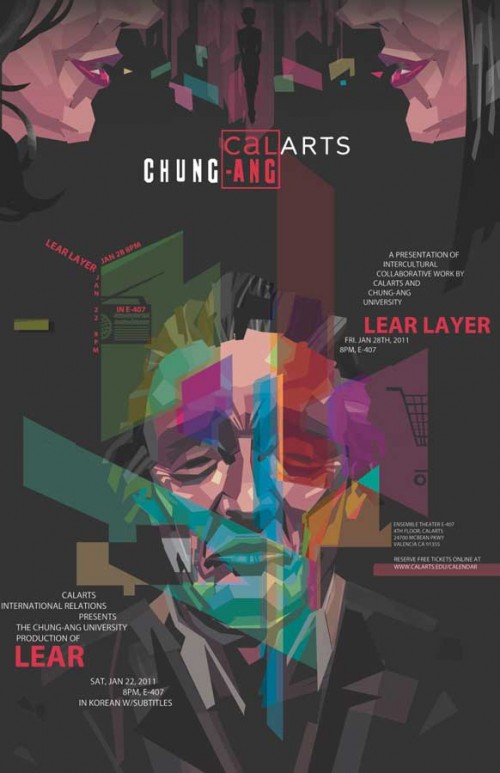 This week, CalArts hosts student and faculty artists from Chung-Ang University in Seoul, South Korea, for Lear/Layer, an intercultural, collaborative piece that adapts William Shakespeare’s King Lear and straddles the line between East and West.

As part of the project, six Chung-Ang actors and their production team, will first present their 75-minute, contemporary version of Lear on Saturday, Jan. 22 at 8 pm. The production, which follows the trials of a king who divides his kingdom among his daughters based on their flattery, will be performed entirely in Korean with English subtitles.

During the second part of the program, CalArts’ theater, film/video, dance and music students will engage with the Chung-Ang students in a theatrical “experiment,” springing from the Korean version of Lear.

The students will add and edit layers of language—English and Spanish—to the production and also incorporate animation, movement, video and sound.

At the end of the residency, students from both universities will present a second production of King Lear (Lear/Layer), this time with additional materials, designs and layers.

Performances are free and open to both the CalArts community and the general public, but tickets are required.