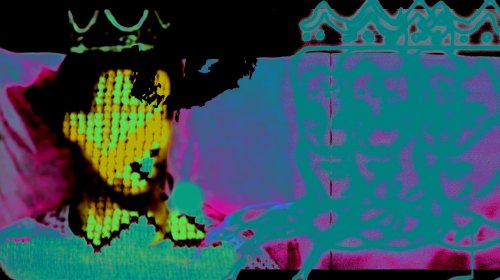 This week is the last chance to catch The Museum of Contemporary Art’s, (MOCA) two-venue showcase of works titled, The Artist’s Museum: Los Angeles Artists 1980-2010. The exhibition features work by more than 140 artists who helped shape the artistic dialogue in Los Angeles over the past 30 years. It runs through January 31.

The Artist’s Museum represents the diversity and uniqueness of the Los Angeles arts community, and highlights important works from legendary LA artists, including many Chouinard and CalArts alumni, faculty and former faculty.

The presentation draws from MOCA’s permanent collection, supplemented by key loans from local collectors and artists, and features more than 250 works–including a number of new projects made especially for the exhibition.

In the most recent issue of CalArts magazine, arts writer Susan Morgan looks at the Chouniard and CalArts presence in the show:

‘Constellation’ is a word that Rebecca Morse [exhibition curator] likes to use when describing the vibrant interconnectedness of the artists featured in The Artist’s Museum, a collection of very distinct individuals, dramatically far-flung but innately connected. The writer W.E.B. Du Bois famously observed: ‘The history of the world is the history not of individuals but of groups.’ As The Artist’s Museum embraces and acknowledges the intertwining histories of Los Angeles art from 1980 to the present, we are reminded again how absolutely indispensable CalArts has been to this conversation.

On the final day of the exhibit, MOCA Grand Avenue will host the world premiere of Machine Project’s first film, which was shot over the course of one 12-hour day. The LA-based collective, directed by Mark Allen, documented activities that happened simultaneously in the gallery, in the apartment above the gallery and in the basement of the building. Captured on film were: “an experimental women’s choir, a drum solo spilling out the second story window, a parent-child car theft workshop, a talk by Jason Brown revealing the secrets of Los Angeles’s occult netherworlds, and a demonstration of paleolithic fire starting technology.” (Reservations required for this event.)

To read the CalArts magazine story in its entirety: