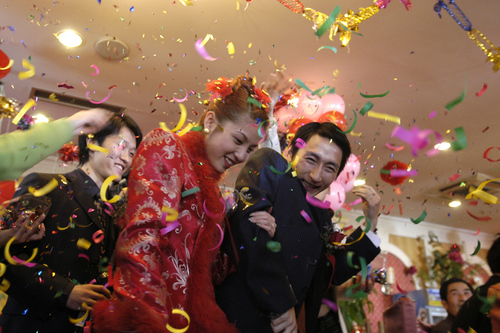 Still from 'The World.' 2004. China/Japan/France. Directed by Jia Zhangke.

The program—Ruins in Independent Chinese Cinema—will examine the works of artists who are using digital media to “coin hybrid forms between documentary and fiction” and how new cinema addresses the Chinese phenomenon of creating ruins as part of planned urban renewal.

In these films, this concept of ruins is both figurative and literal, as China moves from an agrarian to urban culture, and emerges as a 21st century superpower. While the need for buildings and infrastructure is great, sometimes the price is steep:

The film clip below is from Cui Zi’en‘s 2007 documentary, We are the…of Communism. In this politically charged film (by traditional Chinese standards), Cui Zi’en follows the mysterious closing of a Beijing school and the displaced migrant children’s rights to education. From the film’s website:

These students face both social and administrative prejudice due to their families’ marginalized status. They are typically relegated to makeshift schools for migrants, with poor facilities and sporadic shutdowns by local officials. Following the personal journeys of students as they battle bureaucratic corruption for their right to learn, Cui exposes a crisis of social values in the wake of China’s economic reforms.