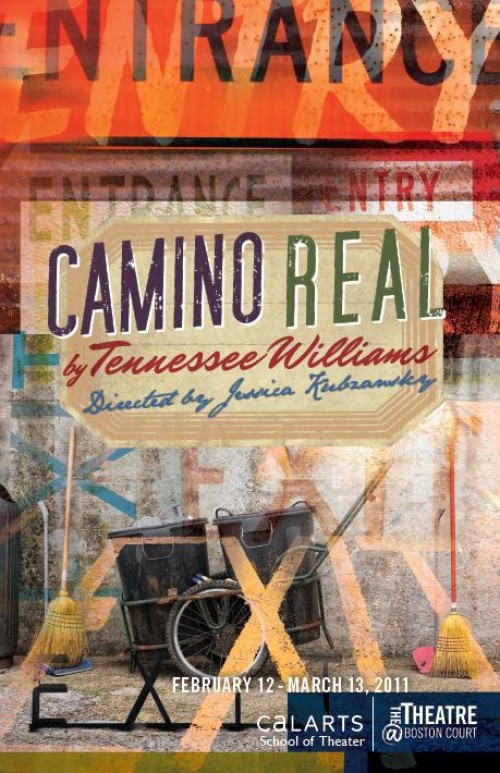 The Theatre @ Boston Court and CalArts’ School of Theater are banding together for their first co-production: Tennessee Williams’ Camino Real. It promises to put a modern face on Williams’ 1953 play.

Camino Real is set in a nondescript, Spanish-speaking land, where lost souls from literature—including Don Quixote, Esmeralda from The Hunchback of Notre Dame, Casanova, Lord Byron—inhabit a place from which they cannot escape. Originally directed by Elia Kazan, it served as a departure from Williams’ previous works, such as The Glass Menagerie, A Streetcar Named Desire and The Rose Tattoo, dabbling in absurdist and experimental realms. The critics of the time were not kind, but since its debut, Camino Real has earned its place among the other notable titles in Williams’ oeuvre.

‘Camino Real is an imperfect play,’ Kazan wrote in A Life, his unsparingly frank autobiography, ‘but it is beautiful, a love letter to the people Williams loved most, the romantics, those innocents who become victims in our business civilization. The central character, Kilroy, is a homeless mid-American boy [and onetime Golden Gloves champ, at least in his own mind] who, wandering without direction over the earth, has arrived at the final, mysterious place where Death waits.’