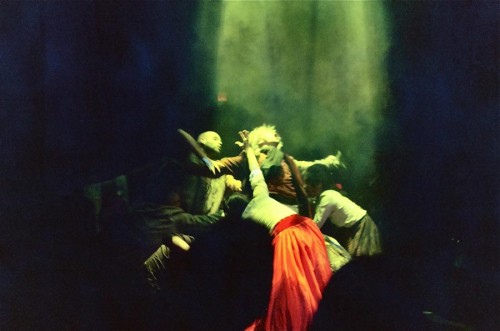 Project organizer Alice Tuan, head of Writing for Performance at CalArts School of Theater, documented the creativity in process. Through the photos above, she describes the last few rehearsals and performance.