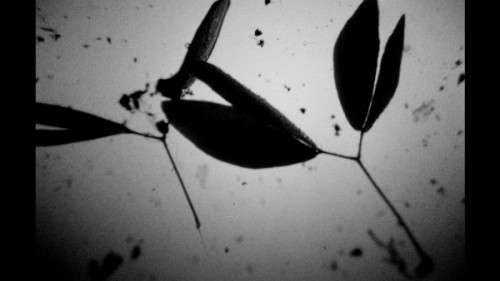 Natasha Mendonca (Film/Video MFA 10) has collected one of the three Tiger Awards for Short Films given out at the International Film Festival Rotterdam—one of the “big five” European film fests. Her entry, Jan Villa (USA/India, 2010, 16mm, 20 min.), is a heartfelt, “associative” film essay that chronicles the personal impacts of the 2005 monsoon floods that ravaged Mumbai—the city of the filmmaker’s birth.

Shown as part of the festival’s Spectrum Shorts program, Jan Villa weaves “a tapestry of images that studies the space of a post-colonial metropolis but in a way that deeply implicates the personal,” according to Mendonca. “The destruction wreaked by the floods becomes a telling and a dismantling of other devastations and the sanctuaries of family and home. In its structure, Jan Villa is a vortex, drawing to its center all that surrounds it.”

The Rotterdam jury statement noted that Mendonca “succeeds in telling a deeply moving story that is at once personal and universal. What begins as an outsider’s point-of-view imperceptibly transforms to subjective camera. Through poetic images and notably without the use of voice-over, the filmmaker intimately reveals to us the soul of a city after devastation.”

Jan Villa, Mendonca’s thesis film, was previously screened at the 2010 CalArts Film/Video Showcase at REDCAT, the Viennale, and the World Film Festival in Bangkok.