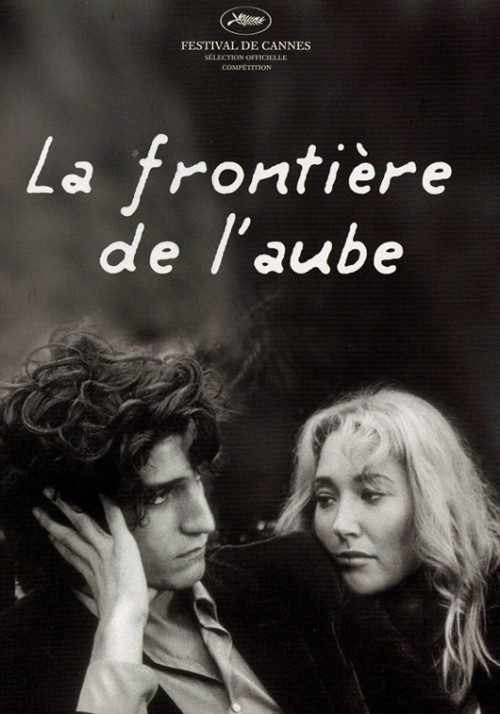 The film, shot entirely in black and white, premiered at the 2008 Cannes Film Festival in competition. Described as a fatalistic romance with a supernatural twist, Garrel’s loosely connected narrative focuses on a French photographer and the two women he loves and loses.

From the New York Times review:

One of the most important French filmmakers of the post-New Wave generation, Mr. Garrel (born in 1948) has only lately begun to receive the attention he deserves in this country. Although many of his films remain out of easy reach for American viewers (a handful are available on DVD), the recent release of Regular Lovers, his heartbreaking 2005 look back at May 1968, and I Don’t Hear the Guitar Anymore, a crushing 1991 drama about his doomed affair with the singer Nico, have helped fill in the gaps. Frontier of Dawn doesn’t reach the eloquent heights of either of those earlier titles, but it’s a lovely work, suffused with a deep melancholy that seems etched into each of its beautifully lighted images.

Now in its 15th year, the festival brings contemporary French cinema to American college campuses. CalArts recently received a grant from the French Embassy and FACE (French American Cultural Exchange), a nonprofit organization dedicated to nurturing French-American relations through a number of projects in the arts, education and cultural exchange.

The Tournées Festival continues for the next four weeks, with screenings on Friday afternoons at 4 pm in CalArts’ Bijou Theater.