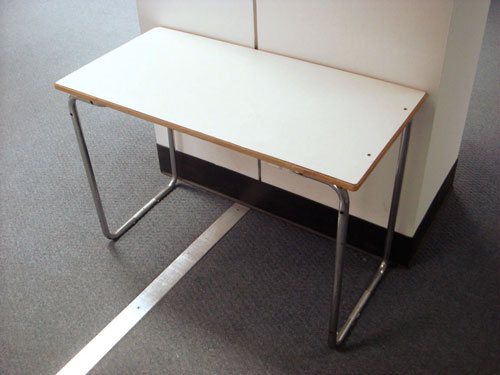 A work table in the CalArts library

Anyone who has spent time on the CalArts campus will be familiar with a particular work table. Often seen in use with David Rowland’s ubiquitous 40/4 stacking chair, its form recalls Modernist furniture of both the 1920s and the 1970s—unobtrusive and purposeful, even elegant in a functional way. It is both familiar and hard to place, everywhere at CalArts and yet never seen anywhere else. What is it?

This table was actually designed for CalArts and is related to a larger system of modular furniture that was designed for the CalArts dorms by founding School of Design faculty member Peter de Bretteville with Toby Cowan in 1971. Tasked with designing furniture that would meet the varying and somewhat unpredictable needs of 360 incoming students, the designers chose to create a system that allowed, and even encouraged, creative participation on the part of the end user, in keeping with the do-it-yourself, Whole-Earth-Catalog spirit of the time. 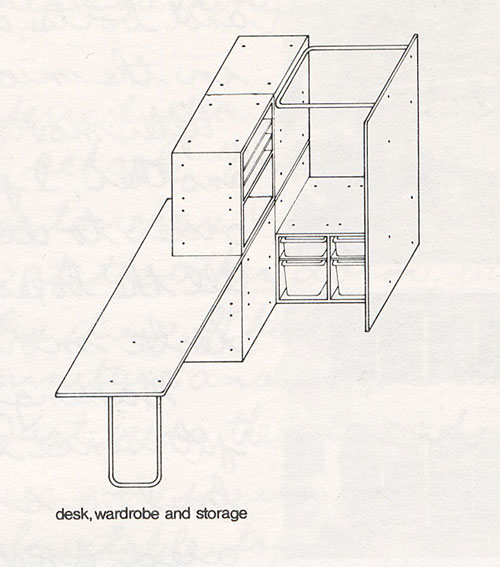 Dubbed Metamorphokit by the designers, it was a kit of modular parts: a combination of chromed tubular steel structural elements, Formica-laminated panels and storage boxes of Finnish plywood, and standard plastic bins. The design had its roots in iconic Modernist furniture: the use of tubular steel quoted furniture designed by Mart Stam and Marcel Breuer at the Bauhaus in the late 1920s and later manufactured by Thonet; the plastic bins served as drawers when used in conjunction with the boxes, recalling Charlotte Perriand’s modular case goods of the late 1940s in form, color and concept; and the Finnish plywood and industrial hardware were reminiscent of Charles and Ray Eames’ storage units of 1950. The dimensions of the various parts were carefully planned to allow them to be assembled by the students in an infinite number of ways to suit any imaginable need. Assembly of the components would serve as the student artists’ first creative challenge on their arrival at CalArts.

One student’s reckoning with the Metamorphokit was documented in the School of Design’s 1972 publication Networks 1:

I was assigned to a white concrete block room with a walk-in closet, large sliding glass windows, and a stack of yellow and vermilion wooden boxes, bent metal tubing, wood panels, a bag of nuts and bolts…. I just wanted to sleep, but in order to do that I had to put my bed together…. Sue built a small table. I made a kitchen area, and we used whatever was left over to build a monumental bookcase-desk combination…. It’s very satisfying to make the furniture do what I want.

The system’s aesthetics were on one hand simply a reflection of the time—modular design solutions were becoming increasingly popular in the early ’70s—but the designers’ choices also implicitly hinted at CalArts’ aspiration to be an inheritor of the Bauhaus’ legacy of progressive, interdisciplinary arts education, an aspiration that was mentioned explicitly by more than one of the Institute’s founders in the early days of planning.

Most of the dorms’ Metamorphokit pieces are gone, gradually replaced over the years by conventional furniture, but the work tables remain in use on campus every day. 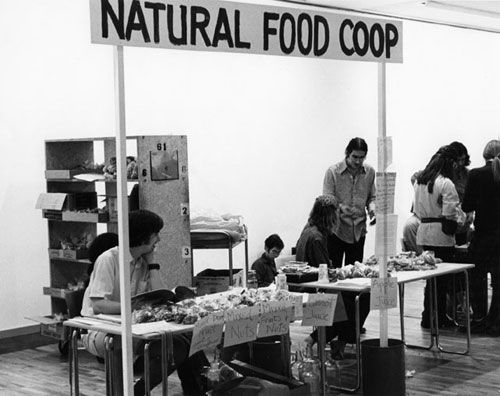 Tables in use at the CalArts Spring Fair, 1973