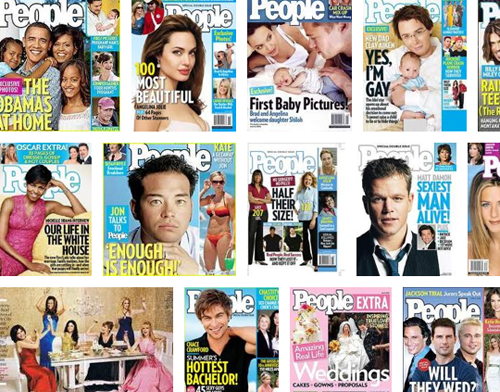 Probably not for 'People': Pop culture writing panel at CalArts

Writing about pop culture isn’t always about keeping tabs on Charlie Sheen’s or Lindsay Lohan’s latest escapades through People magazine or TMZ.com. Tonight, the MFA Writing Program at CalArts hosts what promises to be an erudite panel discussion on popular cultural criticism that exists today in print and online media.

In both Blood Beats volumes and in his personal blog, Hardy writes essays, extended interviews and reviews on wide-ranging subjects from underground hip-hop to modern French cinema. Here’s an excerpt from Hardy’s site that describes the performance of singer Corinne Bailey Rae on the British TV show Later with Jools Holland:

For Holland’s show, Rae, chic in a simple black dress, her curly hair sexily brushing her shoulders, used the primary tool of modern pop-star reinvention (a fashion makeover) as armor, a device of deflection as she stepped back onto the public stage after the death of her husband in 2008. But then she launched into the single “I’d Do It All Again,” written in response to her widowhood. Musically bare, the performance was mesmerizing: heartfelt love song, poetic eulogy and an emotionally complex tapestry of words delivered in a voice that cracked on one line only to soar on the next.

Many of the willful creatures populating Aimee Bender’s radiant second short story collection seem the innocent, cloudy-headed dreams of a child. Potato-children dotingly follow mother as she completes her chores; a miniature man lounges on dollhouse furniture and keeps a pet ant in a cage; a family of pumpkinheads love their oddball ironhead son; and a boy with keys for fingers unlocks doors all over the world.

But it’s not safe and secure. Each story is laced with a bit of arsenic that curls the tongue and sharpens the breath. Narrative storms—loneliness, suspicion, torture, and death—sweep in and electrocute the landscape with jagged lightning. Always unexpected, the events befalling these characters aren’t the whims of a cruel author who enjoys inflicting pain. In fact, Bender feels less the creator of these stories and more a charming hostess who, despite some less than ideal circumstances, makes you comfortable with affable, screwy humor, parlor-room wordplay, and some plain old cute sentences like, “He felt very very tired for four years old.” Many writers try to stand back and let their characters direct the story, but in Willful Creatures, this idea is palpable in the narrative itself. In the best possible sense, Bender doesn’t seem in control.

While some may mourn the state of American pop culture and cultural criticism, writers like tonight’s panelists prove that it’s not yet necessary to ring the death knell just yet.