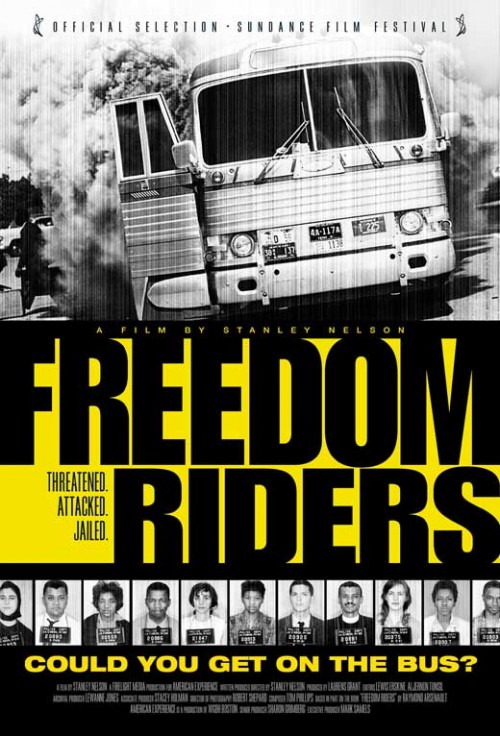 America in 1961, especially in the deep South, would be almost unrecognizable today. State and local Jim Crow laws—which were enacted between 1876 and 1965—essentially relegated black Americans to second-class citizenship and a “separate, but equal” status. The laws helped segregate the country, from schools and transportation to restrooms, restaurants and drinking fountains.

The documentary Freedom Riders examines six months in 1961 when more than 400 black and white Americans risked their lives by intentionally breaking Jim Crow laws by traveling together on buses and trains through the South. Throughout their travels, their nonviolent protests met with bitter racism and, at times, bodily harm.

The film’s director, Stanley Nelson, will be at CalArts on Tuesday (March 1) to screen the film and discuss 1960s America as part of The Equity and Diversity Lecture Series and the School of Film/Video’s Visiting Artist Series. The work of the Emmy-winning, MacArthur “genius” Fellow, has encompassed a wide range of documentary subjects, and his filmography includes Jonestown: The Life and Death of Peoples Temple, Sweet Honey in the Rock: Raise Your Voice and The Murder of Emmett Till.

Freedom Riders was an official Sundance selection in 2010, and Nelson was most recently nominated for the 2011 Writers Guild of America Award for Documentary Screenplay. In an interview with the International Documentary Association last year, he talks about some of the challenges to making the film:

One of the biggest challenges was the creative decision to tell the story without a narrator. We felt this was important because we believe first-person storytelling connects better with an audience and would feel more authentic and in the moment.

Another challenge was finding witnesses on all sides of the freedom riders story. We wanted the film to be well-rounded and include different voices. We were fortunate to get the governor of Alabama at the time, John Patterson, to participate in the film and a number of other white southerners who were able to give insight into the mindset of some white people in the South. We think it makes for an incredibly well rounded and, in some cases, startling portrait of the South at the beginning of the civil rights movement. Another great challenge was locating footage and stills from the era. It took over a year of digging all over the world, including major archive houses, people’s attics, local historical societies and foreign archives….

We believe in strong archival material. It can add a rich tapestry to the storytelling, and make historical films come alive and make the viewer feel as if the film is unfolding right before their eyes. The sound on tape for Freedom Riders is as incredible as anything we’ve ever done.

The film’s trailer is posted below: