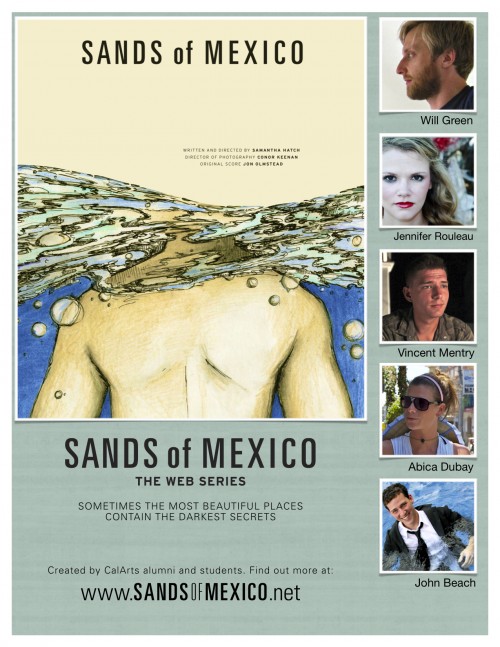 Recent CalArts graduate Samantha Hatch (Film/Video MFA 10, BFA 07) has turned her 20-minute thesis film, Sands of Mexico into a web series. Hatch finished her graduate project one semester early and under budget, so she used the extra time to write, produce and shoot the now 40-minute web series.

Filmed in Manzanillo, Mexico, the story opens on recent college graduate Daniel (Will Green [Theater MFA 10]), who’s at a crossroads in life, still reeling from his mother’s death. Hatch collaborated with a number of other current CalArts students and alumni in front of the camera and behind the scenes.

On the Sands of Mexico website, she explains why she chose to show the work on the web rather than another medium or venue:

Currently this media is in its infancy. Most of what is available is in a single-genre based context. Also, much of what is out there is poorly written and has low-production value. What I am trying to do, is take the media to the next level… With interesting setting, richer characters, more engaging stories. I believe this will set a new standard for web content. The first two episodes were shot on HDV (high-definition video) and the last 4 were shot on the Canon 7D full HD camera.

We posted episode 1, “It’s all Relative” below: