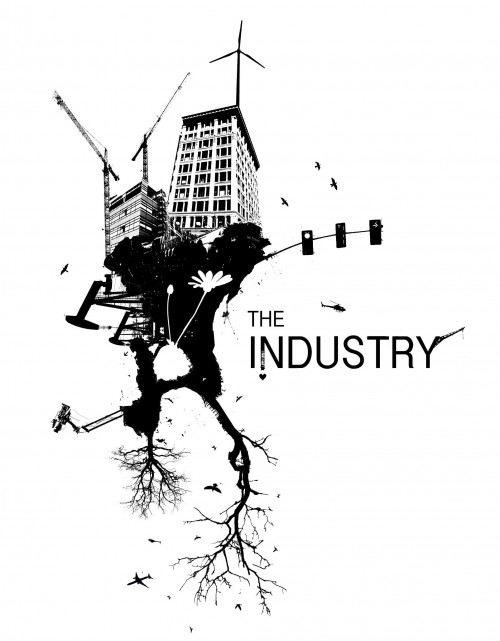 The Industry's first production will be the opera 'Crescent City'

The Industry, a new LA-based, theatrical production company, hosts a launch event tonight at Royal-T in Culver City that features excerpts from its inaugural production: Crescent City, a new opera with music by Anne LeBaron and libretto by Douglas Kearney, both of whom are CalArts faculty members.

Slated for a run next Spring, the “phantasmagoric opera” is set in a cityscape modeled after post-Hurricane Katrina New Orleans. In the libretto, Kearney has created a fictional world where Crescent City is a shell of its former self, with the few remaining inhabitants struggling for a normal life; but the “bad waters” of a new impending storm wake up the notorious ghosts of the city’s past, including the legendary Voodoo goddess Marie Laveau.

While the ghosts flood out of the city like spiritual refugees, Marie mobilizes the gods (loa) from the Voodoo pantheon, who will inhabit the bodies of a handful of the remaining citizens in a last-ditch effort to turn the situation around. Will the loa avert, or subvert, the final destruction of this city? Are its individuals, its society, its life—worth saving? Will the collective potency of the loa be vanquished by overwhelming environmental, political, and cultural forces?

Excerpts will be performed by John Duykers (the original Mao in Nixon in China), Gwendolyn Brown (Maria in West Side Story at the Hollywood Bowl) and Kearney.

Listen to Crescent City “Marie Emerges,” from an earlier staging at Vox opera in New York:

The Industry, founded by Swanson and director Yuval Sharon, sets itself apart from other production companies in LA by focusing on new and experimental opera (20th and 21st century) that merges music, visual arts and performance.