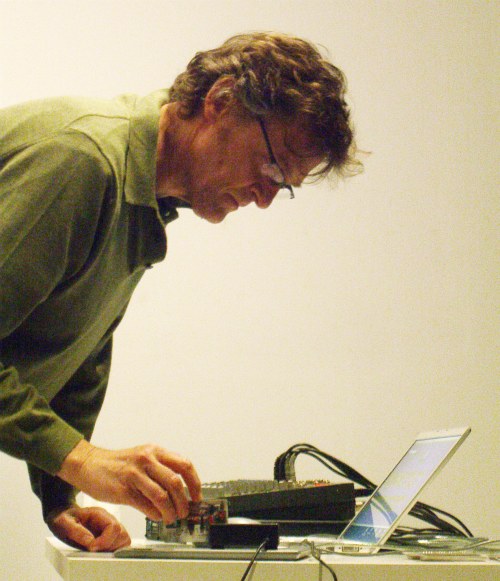 Mark Trayle, faculty member of The Herb Alpert School of Music at CalArts and the Institute’s Larry Levine Chair in Contemporary Music, teams up with artist-musician Steve Roden for the program Cartidge Music tonight (Friday, March 18) at the Norton Simon Museum in Pasadena.

The two will perform musical compositions written by “polyartist” John Cage in conjunction with the museum’s exhibition Not Wanting to Say Anything About Marcel: An Artwork by John Cage.

From the Norton Simon Museum:

In 1969, while he was the composer-in-residence at the University of Cincinnati, Cage was prompted by art patron Alice Weston to create his first visual artwork, Not Wanting to Say Anything About Marcel. The year before, the art world lost one of the founding fathers of conceptual art, Marcel Duchamp, who was both a friend to and an influence on Cage. At that same time, an uncited art publication solicited several artists, Cage among them, to do something to honor Duchamp. He and Jasper Johns, a fellow artist and friend, were discussing the publication’s request, and it was Johns who said, ‘I don’t want to say anything about Marcel.’ Cage took this statement and used it for the title of his first venture into the visual art world.

Cage’s seminal work, Not Wanting to Say Anything About Marcel (1969) will be on view through March 28: 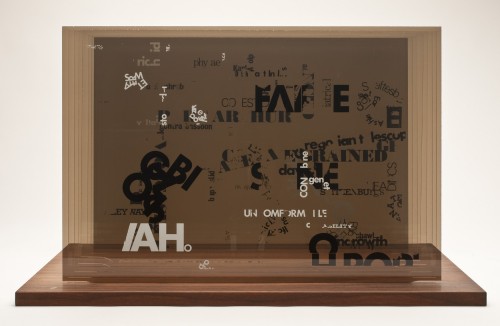 John Cage (American, 1912-1992), Not Wanting to Say Anything About Marcel, 1969, Silkscreens on Plexiglas in wooden bases and a lithograph, Norton Simon Museum, Gift of Mrs. Judith Thomas, 1970. © John Cage Trust