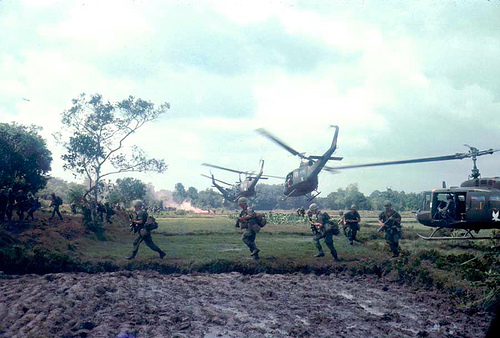 Cinéma du Réel in Paris, first organized in 1978 by Jean-Michel Arnold and filmmaker Jean Rouch, has developed into one of the major international documentary film festivals, judging hundreds of documentaries by both seasoned and emerging filmmakers.

At this year’s festival, which begins on Thursday (March 24) at the Centre Pompidou, 10 films have been selected for the International Competition program—including titles by CalArts alumni Travis Wilkerson (Film/Video MFA 01) and Lee Anne Schmitt (Film/Video MFA 03).

The Last Buffalo Hunt is primarily an examination of the frontier myth. Schmitt, a faculty member of CalArts’ Film Directing Program, writes about the film:

The Last Buffalo Hunt is not a documentary about hunting buffalo. It is a film about cowboys, history and landscape, a film that documents the experience of one of the last open landscapes in America even while depicting its demise.

The film complicates images of the Utah landscape with images of taxidermy, helicopters, shotguns, casinos built in the shape of 12-story barns and plastic teepees, gas stations and snack shops advertised with figures of Indian chiefs from tribes long since displaced, and robotic hunters selling sporting goods. 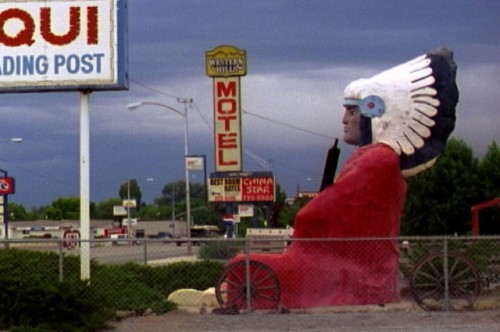 Wilkerson, who was recently named by Film Comment as one of the top 50 avant-garde filmmakers of the decade, writes about the film:

It asks a simple question, also quite complex: what is a good man to do in a war that is clearly wrong? At the film’s core is the story of the medal itself: a fabricated account that nonetheless describes an inarguable heroism. The stories are interconnected by reels of extraordinary color combat footage, shot by soldiers themselves and edited in-camera, unearthed from the National Archives in Washington.